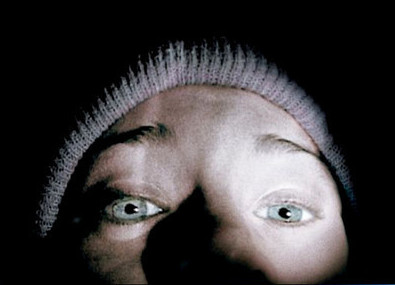 More and more horror movies are released every year – many of them trashed by critics, a few seen as diamonds in the rough. Many say the horror genre, along with romantic-comedy, has been steadily declining since the beginning of the 21st century. Even if this is true, people don’t always need to turn to contemporary cinema for thrills. There are indeed some older films that hold up today.

Alfred Hitchcock is among the greatest of all film directors, so it’s no surprise “Psycho” (the 1960 version, not the 1998 version) is also one of the great thrillers. The film is still entertaining 54 years later and remains an important piece of film history for its innovative cinematography and brave rejection of film censors at the time.

“Psycho” largely followed in the “Hitchcockian” tradition of action and thriller flicks, having been preceded by “Vertigo” and “North by Northwest.” All three are masterpieces of suspense, but “Psycho” may be the only one truly qualifying as horror. The plot centers around a secretary who flees to a motel after embezzling $100,000 (over $800,000 in today’s money) from her employer. The major problem, however, is that the owner of the motel in which she is staying, Norman Bates, is mentally disturbed.

The film’s strongest quality is its camerawork. A scene around halfway through the film’s running time in which a character is attacked while showering remains one of the most well-known scenes in classic cinema. Numerous camera angles were used in filming this sequence, conveying the character’s frenzy and alarm. Additionally, all camera angles of him or her (specifying any further will spoil major details) are from above, emphasizing the character’s powerlessness. After he/she falls from the shower, unconscious, the shot pans over to the embezzled money in a beautifully-done long shot that lasts around 20-30 seconds.

It is not only the camerawork that was daring for its time. In the late 1950s and early 1960s, horror movies were difficult to make; Production Code requirements forced many suspense directors to edit controversial content out of their films. “Psycho,” in particular, pushed the envelope from the very start: it begins with a couple in an affair sharing a bed. As film critic and historian Tim Dirks has said, beginning a movie this way was obscene in Hitchcock’s time. Hitchcock agreed to a re-shoot with the censors in charge watching on the set, but the censors never showed up and the whole scene stayed. “Psycho” is notable in its having set the bar for new levels of controversial material in films.

Today, it is still a landmark of the suspense genre for its ambition and technical brilliance. A.

Ridley Scott’s “Alien”, released in 1979, can be categorized using several genres. One of them would be given away for most people by the title, but labels such as “suspense” and “thriller” are just as appropriate.

The film is highly effective as horror. Firstly, the titular alien, the main villain of the film, is never fully shown. It recurs throughout, but different camera angles are used in showing different parts of it. This makes the villain more mysterious to the audience. The film’s biggest success, in terms of effectiveness, is its overall tone. Scott’s building of tension may be unequalled in the history of horror; today, it still reminds people there can be scarier things about a horror movie than simply the story. The film’s soundtrack, full of apprehensive ambient noise; the film’s photography, full of darkness and murk; and the film’s camerawork, with tracking shots and long shots, all combine to create an atmosphere often appearing post-apocalyptic. Director Ridley Scott and cinematographer Derek Vanlint’s skill in creating a bleak, desolate atmosphere has been equaled by very, very few films since.

Additionally, Dan O’Bannon’s screenplay was socially progressive. In 1979, it was typical of science-fiction films to have all male lead characters. In “Alien,” however, Sigourney Weaver’s character is the strongest and most knowledgeable on the mission. This marked a step forward for the genre, and has influenced several later works of science-fiction.

“Alien,” Ridley Scott’s debut feature, remains essential to the horror catalogue for its visuals, writing, and overall effectiveness. A.

“The Blair Witch Project” is arguably the most important of all contemporary horror movies. Released in the summer of 1999, it is indeed a thriller, but also inspirational in a sense, because it reminded filmgoers that independent, low-budget movies could still be successful: Daniel Myrick and Eduardo Sanchez set out to the Maryland woods to direct the film on a budget of $40,000. To put this into perspective, a more recent (and negatively received) horror film called “Annabelle” cost $4.5 million in 1999 dollars, and last year’s “The Conjuring” would have been $14 million then. Yet Myrick and Sanchez’s movie is considered to be the most effective of these three. How is this possible?

One answer is camerawork. “The Blair Witch Project” captures the efforts of three student filmmakers to find the fabled Blair Witch. It is shot from two characters’ perspectives, and has the found-footage style of a documentary. One of the two characters’ video cameras films in color and the other in black and white. Myrick and Sanchez wisely use black and white in the characters’ capturing of scarier, suspenseful episodes. This is effective as horror, as well as a fitting visual cue for what is sometimes three student filmmakers’ descent into insanity. Within the lack of color is a representation of the students becoming more and more lost and their options becoming more and more limited. The film is effective as horror largely because of its cinematography.

Additionally, “The Blair Witch Project” is significant to film history for its revitalization of the found footage genre. In 1998 and 1999, many of the horror movies released (“Urban Legend,” “Strangeland,” “Bride of Chucky,” Gus Van Sant’s silly “Psycho” remake) were generic and poorly received. Even “The Blair Witch Project” wasn’t perfect. At 81 minutes including the credits, it’s almost too short to be considered full-length. Additionally, the handheld camera is sometimes a little too shaky. In the end, however, the strengths make up for the weaknesses. When Myrick and Sanchez came along with their mock-documentary format and their simple, quiet suspense as opposed to everyone else’s overdone cheap scares, they stood apart from other horror directors of their time. Their film represented a shift from the tiresome status quo of poorly directed, overdone horror flicks, and still would if it were released today. Isn’t that a mark of a great film? “The Blair Witch Project” is a testament to how a low budget doesn’t always equal low quality. A-.