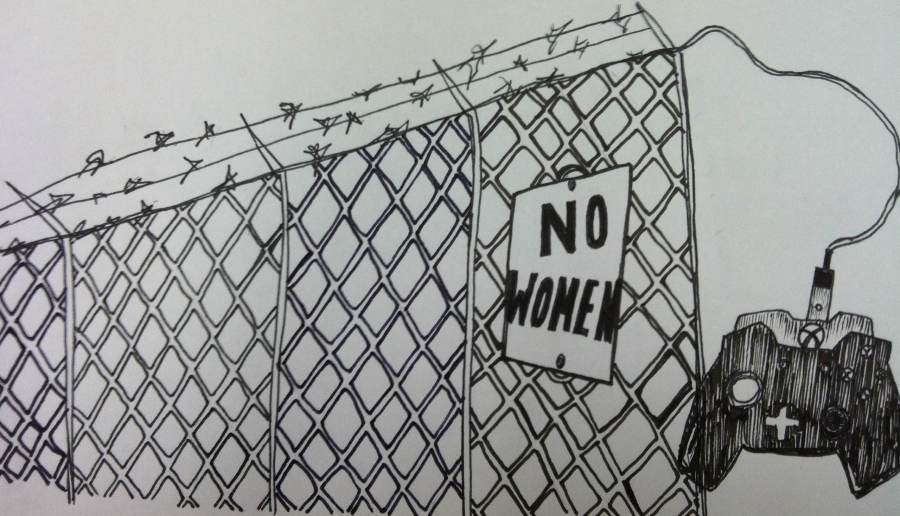 It started simply enough. Indie game designer Zoe Quinn had an ex-boyfriend* and he had a blog. On said blog, he wrote a seven-act post about how Quinn cheated on him with multiple men in the gaming industry, presumably in order to advance her career. He made sure to only approve comments on the post that portrayed him in a positive light. One of his inflammatory claims was about the purported breach of ethics by Nathan Grayson, a “Kotaku” gaming journalist. He asserted that Quinn had an affair with Grayson in exchange for a positive review on one of her games, even though Grayson never reviewed it. The game is called “Depression Quest” and was scheduled to release shortly after actor Robin Williams’ suicide. It depicts the life of a character suffering from depression and has limited options depending on the character’s mental state at the time of a potential plot divergence. Accused of insensitivity to Williams’ death amid controversy over the poor timing of the release, Quinn used a pay-what-you-want system with a portion of the proceeds going directly to the National Suicide Prevention Hotline. Quinn asserted that she made the game public on schedule because she would feel ashamed holding it back when someone needed a game normalizing their situation and making them feel less isolated.

A small but vocal minority of both the people dedicated to Quinn and those determined to proving her immorality have harassed, threatened and doxxed (published others’ personal identifying information online without their consent) those with opposing viewpoints after her ex-boyfriend published what is colloquially referred to as “The Zoe Post.” The death and rape threats sent were so specific and detailed that at least three women fled their homes to hotels or safe houses for self-preservation (The Daily Dot).

Members of social media such as Reddit and 4chan began an onslaught of harassment toward anyone who questioned their mission statement of “ethics in gaming journalism” while simultaneously directing more negative comments at the critics than at video game journalists (Newsweek). Hence, the Gamergate movement began.

“I do think both sides have valid points in terms of gaming journalism,” senior Nik Sharma said. “While the people claiming misogyny have a valid point, I imagine the kind of people that would be threatening someone over a game wouldn’t be good representatives of the community.”

Although women represent 47 percent of gamers, only 12 percent of game developers are female (Women’s Media Center 2014 Survey). In a stark juxtaposition, women in the industry have received an average of 14 times as much backlash as men (BrandWatch social media analytics). These targets include actress Felicia Day, who made a blog post about her fear of backlash for discussing Gamergate and immediately had Gamergate members post her personal identifying information in the comments section (ThinkProgress); Anita Sarkeesian, a Youtube critic of sexist tropes and violence against women in gaming, who had to cancel a speech at Utah State University after receiving a threat of being shot if she attended (usu.edu); and Brianna Wu, an independent game developer who had her personal information exposed among an onslaught of rape and death threats for criticizing Gamergate’s misogyny (The Boston Globe).

“If you are participating in the Gamergate movement and know that this is going on, then you are [at fault],” freshman Apoorva Kurur said.

The #gamergate hashtag has received around 100,000 tweets per day (Kotaku). Although this is a massive movement, many members assert that they have no association with the senders of criminally punishable graphic threats. These threats were so violent and descriptive (Kotaku) that multiple targets have left their homes for their own safety and the FBI has begun an investigation (The Washington Post).

“It’s hard for the receiver of a threat to tell if someone actually has the intent to follow through,” Sharma said. “When any sort of personal information comes in, it becomes an actual threat that can be prosecuted.”

Long-term projections from proponents of Gamergate assert that this will bring ethics in gaming journalism under the gaze of the mainstream media (Breitbart London), leading to a plurality of sources with differently polarized political leanings and a more objective overall view of gaming in journalistic writing and media representation as a whole. However, even with misogynistic intent and cyberbullying aside, it is still an ineffective movement due to lack of cohesiveness. Gamergate’s following is too disjointed to influence lasting positive change within gamer culture.

“They don’t have a unified goal,” senior Kyra Benson said. “Not everybody has the same opinions, but the main focus in the media right now is the people who have made the threats.”

Harassing women en masse and violating internet privacy will not make people want to listen to what you have to say. What’s more, many of the social media comments with the #gamergate hashtag are debating the morality of the movement as opposed to the morality of gaming journalists.

“It doesn’t seem to be a movement at all,” Sharma said. “The legitimate ethics movement has moved away from the label. They could bring to light how corrupt gaming journalism is without bringing in ad hominem attacks.”

The future of the gaming industry is looking more objective and ethical, but how much of that can be attributed to Gamergate?

*I refrained from including the name of Zoe Quinn’s ex-boyfriend in discussion of the blog posts in order to prevent giving him further publicity.