Form in the arts cannot be trivialized 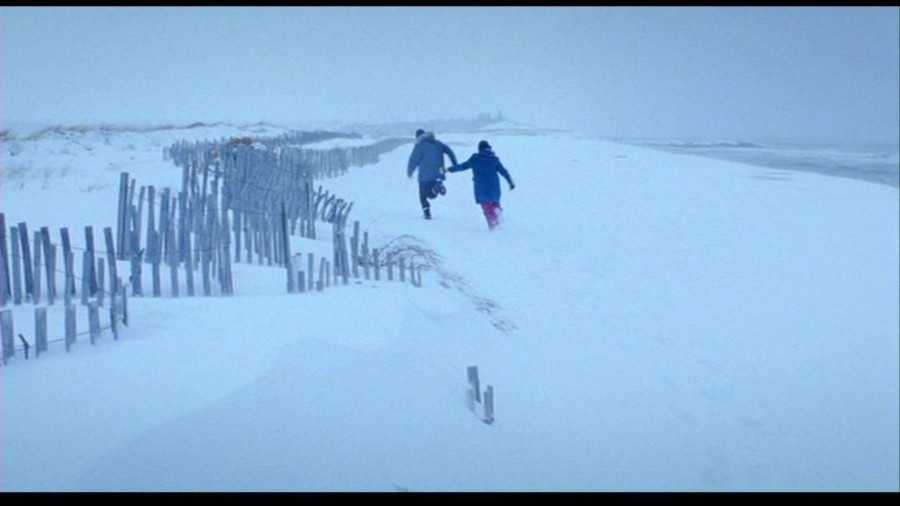 In 1607, playing company the King’s Men premiered “Antony and Cleopatra,” an underrated Shakespeare tragedy. Many in the audience, knowing either the story of the two ancient world leaders or that the play was a tragedy, could guess the ending: the two titular characters would die. Did this make it a waste of time to attend a King’s Men performance? Of course not. They realized Antony and Cleopatra’s deaths in the end were one detail in countless different facets of a work of theatre.

The works of a literary genius were not “spoiled” when audiences knew major plot points of their stories. They are also not spoiled for readers today, and for many reasons. Knowing the two die does not mean one knows the beauty of Shakespeare’s verse; knowing the two die tells one nothing about the play’s importance in literary history; simply knowing the two die will leave one silent regarding how the two died, or what circumstances led to these deaths. If you refuse to read the play simply because this article just “spoiled” it for you (no, it didn’t), none of those pleasures you experience for yourself.

My criticism here carries on into the field of film. Indeed, too many movie fans think of cinema only in terms of the plot: that the story holds the only “information” or “message” a film can offer. Hungarian director Béla Tarr, in my opinion the greatest of all contemporary directors, thinks on a different spectrum:

“For me, a lot of things are information. I try to involve [in my movies], the time, the space – and a lot of other things which [are] a part of our lives but not connecting directly to storytelling.”

Tarr has directed films including “Damnation” (1987), “Satan’s Tango” (1994) and “Werckmeister Harmonies” (2000). When watching “Damnation,” which is available on YouTube, it is clear Tarr cares no more about plot than he does form. All three films are brilliant — especially “Satan’s Tango.” It is not bad to emphasize form as much as, or even more than, plot; in fact it is what many of us film aficionados do.

This is especially true when considering the independent and arthouse genres. Many filmmakers simply shoot with a linear narrative, thinking of the camerawork for particular shots. Typically the story will be the main, or only, way in which the movie’s messages are touched upon. In other films, however, visuals, such as location, clothing and use of color, and cinematography not only accompany plot, but are an integral part of conveying themes. Older movies such as Orson Welles’ “The Trial” (1962), as well as contemporary masterworks such as Michel Gondry’s “Eternal Sunshine of the Spotless Mind” (2004) are great examples. Both rank with cinema’s great explorations of mise-en-scène, a word describing the set-up of a movie’s visual elements.

Buildings in “The Trial” are often constructed in bizarre, and sometimes disturbing, ways. In at least two scenes the main character, K, walks through a series of adjacent rooms. The exit and entrance doors of these rooms face one another, making K walk completely straight — which is deeply unusual architecture for one’s living quarters. In another scene he is shown in front of a door so large his hand cannot reach the doorknob. Such techniques take the confusion and folly of Franz Kafka’s source material into more literal terms.

“Eternal Sunshine of the Spotless Mind” spans a myriad of different areas and employs strange (albeit carefully chosen) lighting techniques, both to represent the main character’s memories and the obliteration of them. Also pay attention to the changing colors of Clementine’s hair in Joel’s memories.

Many other candidates for great mise-en-scène are worth listing: Dziga Vertov’s “Man with a Movie Camera” (1929), Orson Welles’ “Citizen Kane” (1941), Billy Wilder’s “Double Indemnity” (1944), Alfred Hitchcock’s “Rear Window” (1954), Alejandro Iñarritu’s “Birdman” (2014) and many others. All of these films are a reminder that art should not be evaluated strictly on the basis of how entertaining its story is; that visuals are an indispensable part of themes and message, and that if we have not seen how the story is told as well as the story itself, we have not seen the picture. If critics and scholars believed otherwise, Tarr’s aforementioned “Satan’s Tango” would be considered mediocre; instead it is, deservedly, working its way into the film canon.

The belief that only plot matters is also dangerous in that it endangers the concept of repeated viewings. If movies are only experienced for the major plot points, watching them a second or third time will be found irrational. There are some who see DVD collectors as obsessive for spending so much money based on the desire to see certain movies over and over again; many fans of cinema, however, have deep interests in ‘interpreting’ very thematically complex films. Roger Ebert once stated he had seen “Apocalypse Now” at least 20 times; he also voted it one of the 10 best films ever a few months before his death, so it couldn’t have been spoiled for him.

“Spoil” is a strong verb. Like all strong verbs, we must only use it when sure of its correctness. To “spoil” is to diminish the value or quality of: when milk has gone unconsumed for too long, it spoils, meaning nobody can drink it because it is a waste. If a work of art has its ending revealed, does that make experiencing it pointless? No, not remotely. I can watch a film with the knowledge its protagonist dies in the end. Its acting, camerawork and the circumstances surrounding the said death are all terrain I have not yet traveled if I have not seen the film. If something is truly a masterpiece in the field of art — whether it be a book, film or musical album — spoiling it should not be that easy. If such things are possible, then our usage of the word “masterpiece,” another strong word, is faulty as well.

When art is evaluated, it should be done so from multiple angles. Some years ago, a couple of hours before I viewed “Citizen Kane” (1941) for the first time, an online review revealed to me what Charles Foster Kane’s last word, “Rosebud,” meant. That doesn’t mean “Citizen Kane” was spoiled for me from that point. In fact, nothing could be further from the truth: after repeated viewings, and after having studied its context and unconventionality, I believe it is the greatest film ever made. It still affected me when I watched it, and does now. It will keep on affecting me, along with what may be millions of people worldwide, in inevitable future viewings.

It has never been a waste.