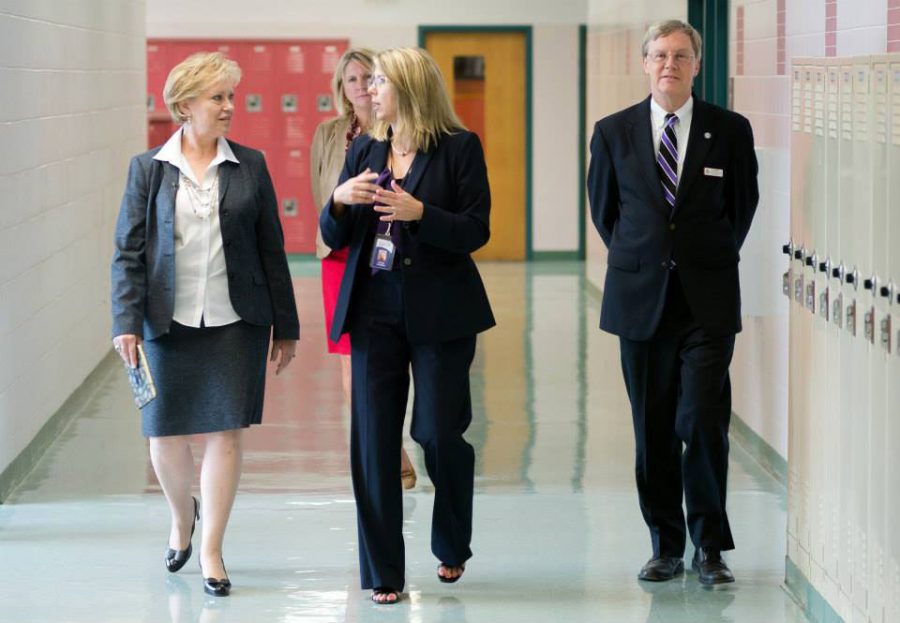 Sept. 19 was a big day for Fairfax County Public Schools as superintendent Dr. Karen Garza announced her resignation and stated that her last day in office will be Dec. 19.

“There were few dry eyes when Karen Garza announced her resignation to the school board today. She has been an incredible superintendent,” school board member Ryan McElveen Tweeted.

Garza is leaving Fairfax County to become president and chief executive of Battelle for Kids (BFK), an Ohio-based non-profit organization dedicated to helping and supporting teachers. While Garza is new to the organization, BFK isn’t new to FCPS. In fact, it has been working with the school system since the beginning of last year and will continue to do so for four more years. BFK will be helping with 12 underperforming schools for the first two years. The organization also hopes to build a core team for the school board to support other parts of the district and provide online training courses for teachers.

Garza joined FCPS in 2013 as the system’s first female superintendent. Although she has been with Fairfax for only three years, Garza has changed the school district with her decisive actions.

“The biggest impact on teachers and families was getting rid of the early closure on Monday,” English department chair Mary Kay Downes said. “For the past 30 or 40 years, every Monday would be early release, and it was a diametric change for families and teachers.”

Around 1972, FCPS switched to half-day Mondays for elementary schools, and then in 2013, the district implemented full-day Mondays. This decision was made to allow for more instructional time and to benefit families with two working parents.

Under Garza’s leadership, school start times were also changed. FCPS hired the National Children’s Medical Center to help figure out time options. At one point, the school board had a few possible start time models in consideration, but board members ultimately decided on one that switched the start times for middle and high schools.

During her tenure, Garza also managed to change the FCPS grading policy, making it mandatory that students have the ability to retake tests when they score under an 80 percent.

“[Garza was] willing to take on some really hard issues, like late start time for high school, for example,” Principal Teresa Johnson said. “[FCPS] had been talking about that for a long time, and full-day kindergarten was another one [that FCPS had been talking about for a while that Garza has changed]. She has really been able to make some really big changes in a short amount of time.”