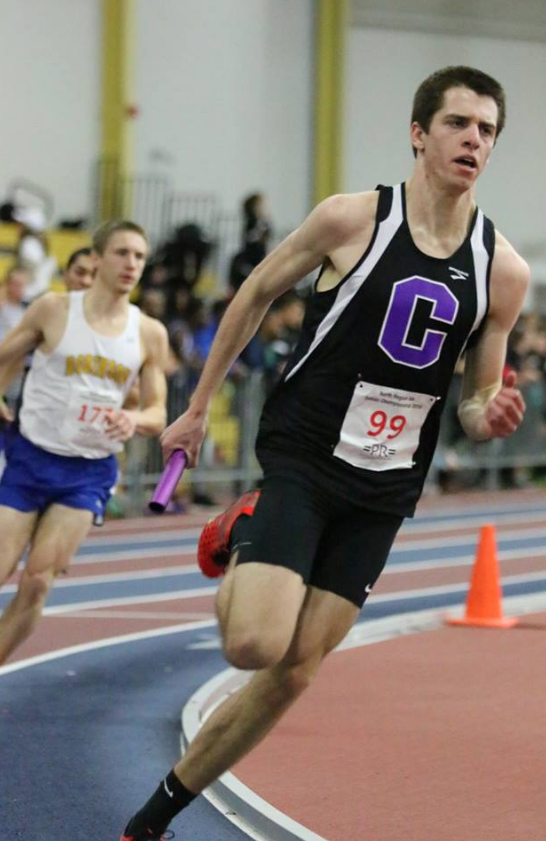 The track and field team is looking forward to defending the boys’ 6A conference championship, a title that they have defended for the past three seasons. To prepare for the upcoming season, the athletes alike have been working out to get into the best shape possible.

“To prepare for this track season, I mostly have been doing hills and tempo workouts to increase stamina and strength,” track captain and senior Daniel Mitchell said. “I will be moving into explosive workouts to help build speed.”

The preseason training sessions are run by students and are not mandatory, so athletes have to find their own motivation to work out.

Senior Liz Minor is excited for the winter season, which is her personal favorite because she prefers running on indoor tracks. In addition to running the 4×200 meter relay, Minor also pole vaults.

“We have a new pole vault coach [this year],” Minor said. “[Coach Miles Ransom] is a veteran that used to be on the team, so I am excited to see what the season brings.”

Overall, the track and field team is looking forward to another winning season.

“This season, I am most looking forward to making the most of my senior year,” Mitchell said. “I have worked incredibly hard, and my coaches have invested a lot in me over the last three years, and I would love to see all that pay off.”

Girls’ basketball has been working hard this preseason with a rigorous six-day per week workout plan. Varsity head coach Kurt Sporkmann believes these conditioning sessions before the season begins will help the team in the long run.

“We are offering opportunities for all of the girls that are currently not involved in fall sports to come in and be involved in conditioning,” Sporkmann said.

Sophomore Jiyun Chae has been regularly attending conditioning sessions and fall-league games in order to get ready for her first full season as a varsity athlete.

“I am doing a lot of strength training this preseason,” Chae said.

During conditioning sessions at nZone, veteran and prospective team members work to strengthen their core and lateral movements.

“Last year, we didn’t train at nZone,” Chae said. “[I can tell that training at] nZone has helped us build our lateral movements, strength and speed this preseason.”

The goals of the team are simple: to grow together as a team, win district, place in regional and compete in the state championship.

“I am really excited about watching [the seniors] go through their final season together,” Sporkmann said. “The things that they can accomplish and the fun that they are going to have is really going to make the season great.”

As the season approaches, the wrestlers have been regularly attending conditioning and morning workouts to improve their agility and technique. Sophomore Austin Corbin started wrestling last year and has been actively taking part in these training opportunities.

“This preseason is not that different than last year’s preseason,” Corbin said. “Last year we worked out every other morning. We work out every day this year.”

Although training can be difficult and may feel repetitive at times, according to Corbin, the results are worth it.

“Training helps improve your technique, so even if you are not the strongest person on the mat, you still have a good chance of winning,” Corbin said.

Like any other competitive athlete, Corbin wants to win as many matches as possible this season.

“I look forward the most to working with the other guys on the team,” Corbin said. “They are all great guys, and we have a lot of fun together.”