The Purple Tide • May 5, 2017 • https://chantillynews.org/3044/news/the-positivity-project-comes-to-chantilly/

The Positivity Project comes to Chantilly 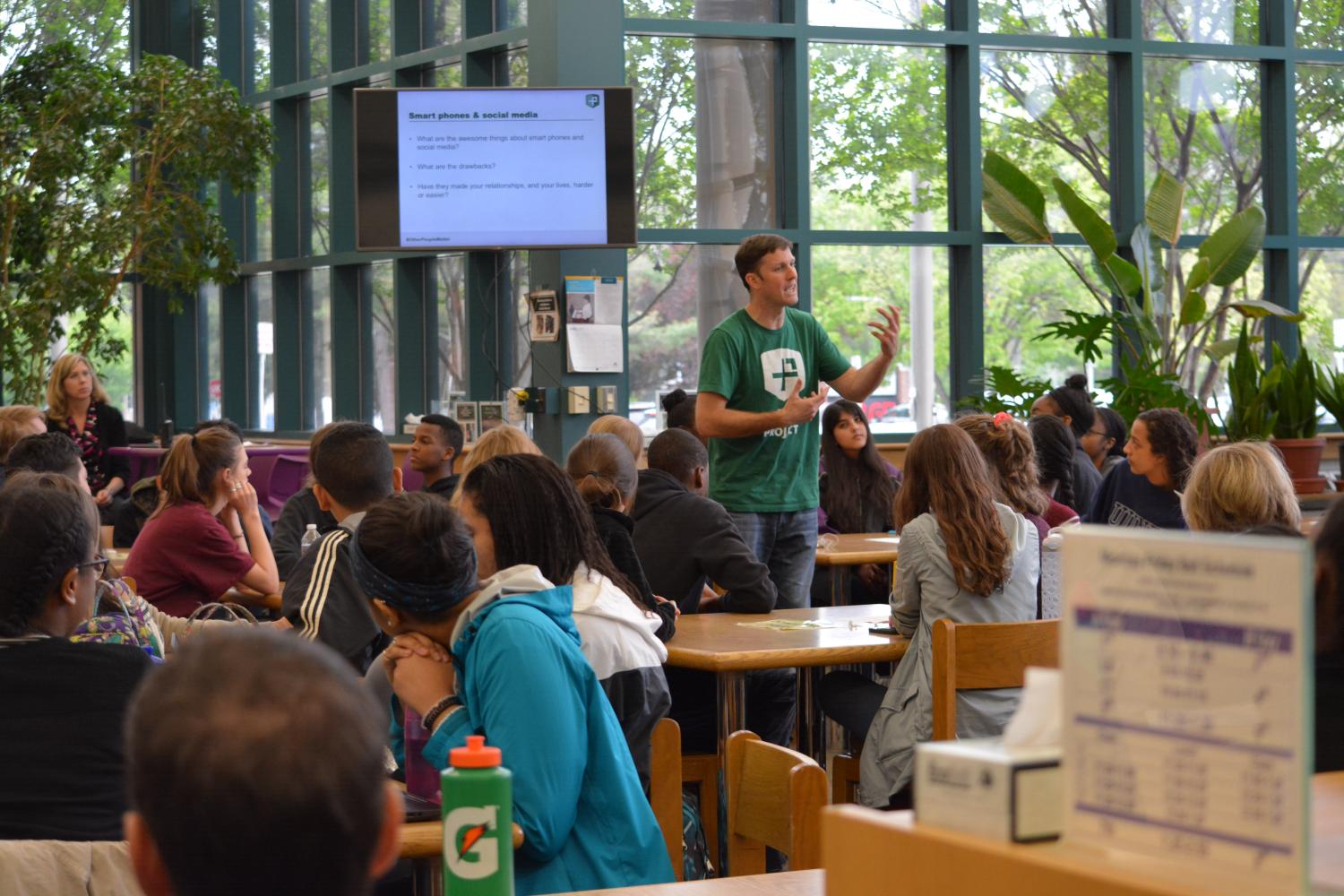 The Positivity Project, founded by Army veteran Mike Erwin, is a nonprofit organization which encourages students to build strong relationships and exemplify good character. The program will replace Character Education next year. Students were selected to participate in a training to help launch the program in the library on April 24. Throughout the day, Erwin discussed topics such as positive psychology and character traits with students from both Chantilly and Stuart High School.

“We thought of ways to make this whole idea come to life at [Chantilly],” sophomore Kat Sharma said. “It was a very student-led discussion.”

Chantilly and Stuart are two of the five pilot high schools across the nation that will implement the program next year. It was originally started in elementary schools in 2015, then spread to middle schools. Erwin then chose five schools in the country to pilot the project at the high school level.  One of the reasons for the change in character education programming at Chantilly is that The Positivity Project allows for shorter, more frequent lessons and discussions.

“It’ll be short and sweet, like little snippets of Character Ed, instead of one [lesson] every three weeks or six weeks,” Principal Teresa Johnson said.

In addition to focusing more on positivity and individual character, this movement allows students to take a more active role in guiding and completing character education.

“It’s a program where the foundation is set up by adults, but the execution is all kids,” Sharma said.

The Positivity Project will take a different form than the current Character Education program.

“Throughout the school year, there is a week or two weeks dedicated to each of the 24 character strengths,” Positivity Project team member and School-Based Technology Specialist Margaret Sisler said. “[During] these weeks, student leaders will create short videos, post to social media and we’ll have conversations in our classrooms about those character strengths.”

This movement provides a new way to approach character education by focusing on the positive in a situation and on each student as an individual.

“Character ed programs can have a certain connotation or expectation,” Astudillo said. “We feel like it’s time for a fresh look at character education.”