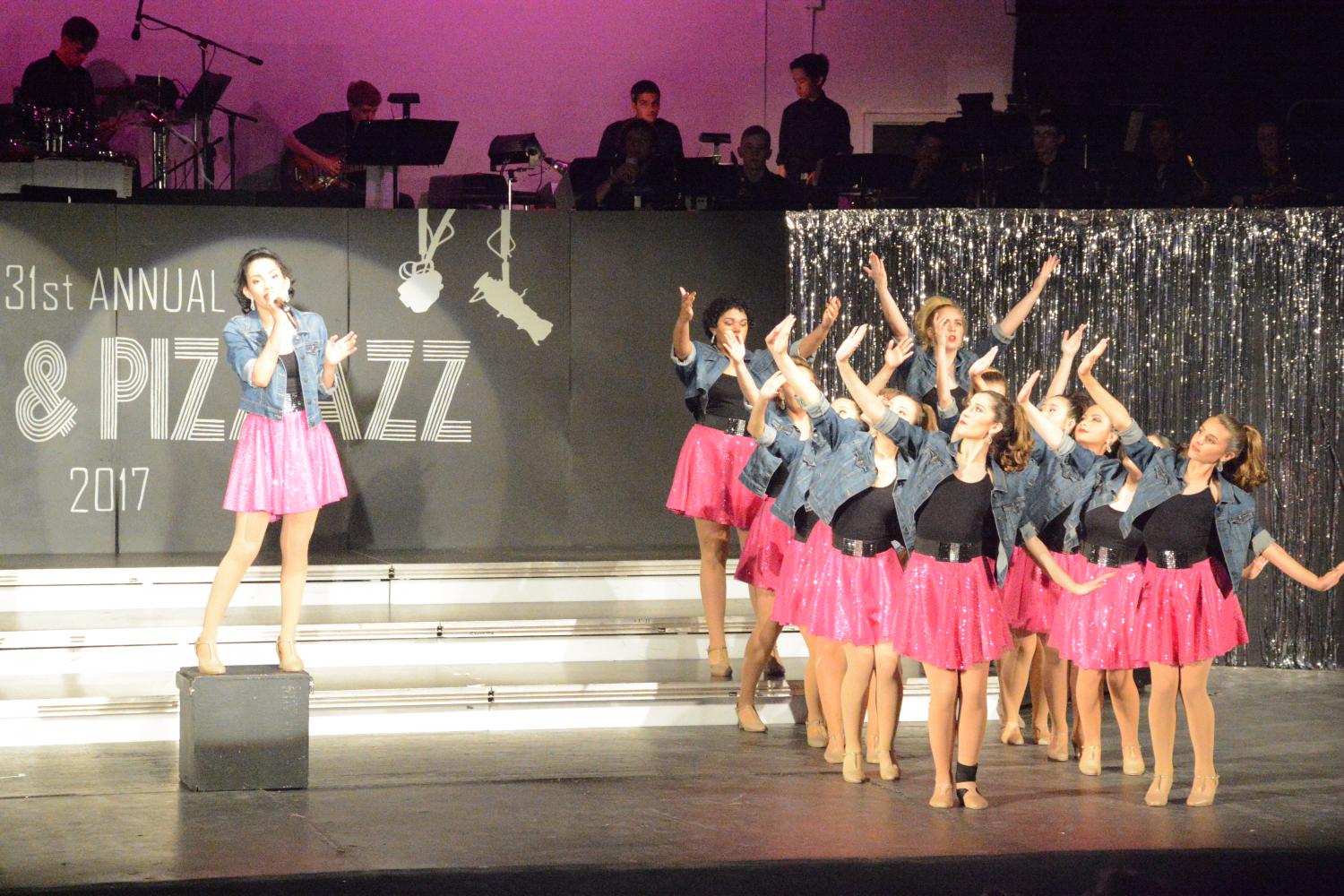 Chantilly held its 31st annual Jazz and Pizzazz show from May 18 to 20, which featured a variety of talents from performing arts students. The event displayed the combined efforts of the Chantilly Showstoppers and jazz band classes.

The Chantilly Showstoppers and jazz band had been practicing independently in the weeks leading up to the performance, and eventually rehearsed together after school to polish the music and choreography.

“The most difficult part has been preparing,” bass guitar player for the jazz band and junior Aidan Gwennap said. “Preparing takes a lot more than learning the new music and setting up. You have to be able to make sure everything is perfect.”

The performance served as the encapsulating end for an entire year’s worth of work. This year’s Jazz and Pizzazz featured pieces such as “Street Music” by Fred Stone and “Tank” from the “Cowboy Bebop” animation.

The choir performed a variety of songs encompassing many different styles, from classical jazz to Michael Jackson, including pieces such as “Ease on Down the Road” and “Everybody Rejoice,” both from the hit musical “The Wiz.”

“We [performed] ‘Holding Out for Hero,’ which is a classic,” show choir member and sophomore Rocio Hernandez said. “Also, I had a duet with [senior] Claire Craig and we [performed] ‘Read All About It.’”

The Chantilly Showstoppers sang and danced with the musical accompaniment provided by the jazz band. The choreography included many intricate lifts and dance sequences.

“The greatest difficulty had been getting the choreography down with the entire group,” Hernandez said. “People have other commitments, so getting everyone to look exactly the same can be difficult.”

The band also faced challenges during the preparation process in terms of mastering the difficult pieces as well as adapting to the new surroundings of the set.

“The greatest difficulty has been that once we moved on to the set, we have to listen differently,” clarinet player for the jazz band and senior Katie Doherty said. “[Since everyone is] in a different place, it is a struggle [to listen to] each other and play in unison.”

Although there were obstacles to overcome, the hard work paid off and the combined presentation produced a joyous family event.

“This year’s Jazz and Pizzazz [was] really fun and most people go to have a good time,” Gwennap said. “[We tried] to make it a memorable experience.”