Fantasy football back in business 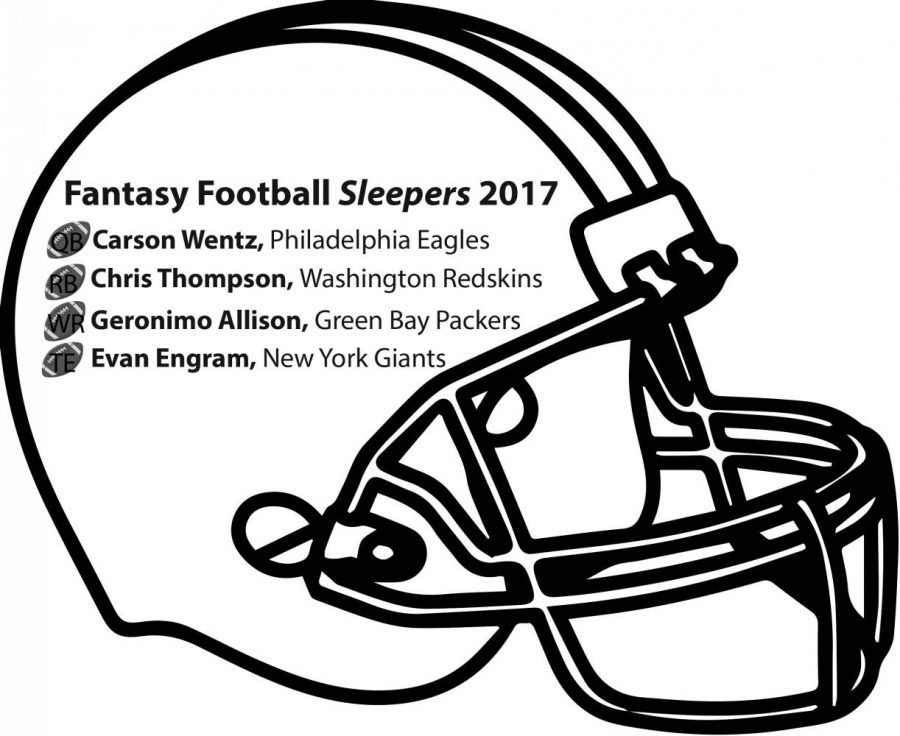 The beginning of a new football season marks the return of a game loved by football fans everywhere: fantasy football. Fantasy football is a competitive game in which players draft imaginary teams composed of real football players, and score points based on their players’ real-life weekly performance. For many avid players, however, there is much more to fantasy football than just picking players and setting a lineup.

The fantasy football season starts every year with a draft, where league members select NFL players to fill out a team. Many serious leagues have some sort of draft day tradition.

“In my league, we always get together every year for a draft party,” junior Charlie Cavanagh said. “We get food and just hang out and have a good time.”

For many players, the draft process is the most enjoyable part of playing the game.

“The draft is my favorite part of the year,” junior Matt McCurry said. “I enjoy doing the research for the draft and it makes me optimistic for the season ahead.”

Traditionally, fantasy football leagues require you to start with one quarterback, two running backs, two wide receivers, one tight end, one flex (choice between an extra running back, wide receiver or tight end), one kicker and one team defense in your lineup. Rosters also include six-seven bench players that are backups in case the starters get injured. Every week, players set their lineups with the athletes that they think will perform the best in terms of yardage gained and touchdowns scored. However, having a bad draft does not necessarily doom the season. Players can trade their players, or add undrafted or dropped players from the free agent pool to improve their rosters.

Beyond draft day traditions, some leagues also have punishments for the worst player in the league.

“This year, the last place finisher of the league will have to do the flatliner challenge [at Buffalo Wing Factory],” junior Zach Carter said. “The whole idea is there to add even more motivation to keep updated with the league.”

Although playing by most overall points is theoretically the more fair way of determining a champion, weekly matchups add to the thrill of playing fantasy football.

“We play by matchups because it makes it more intense week to week,” Cavanagh said. “It’s more fun to compete directly in matchups against my friends than it is to just play by total points.”