The SAT is changing, but our mindsets are still the same 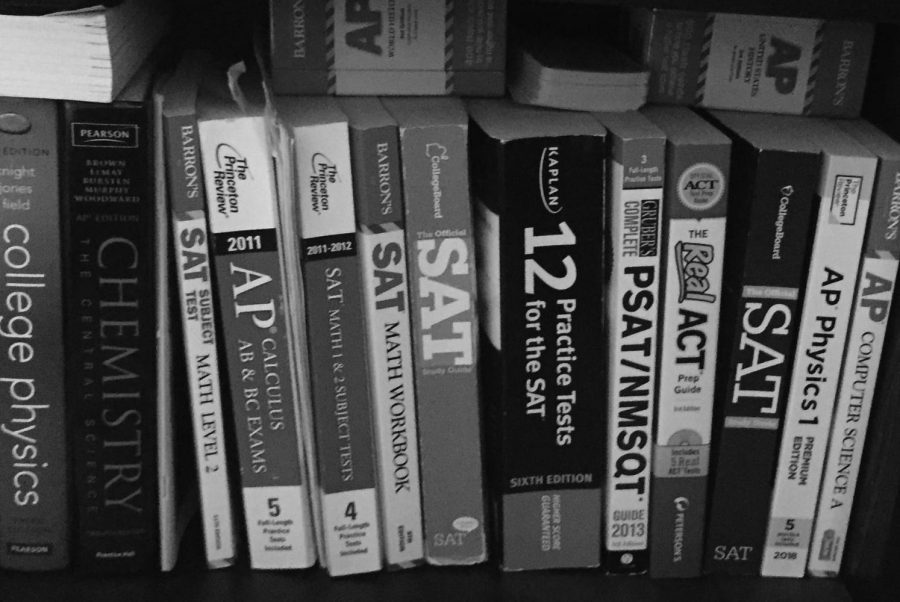 Teenagers around the world anxiously wait at their desks with laptops open, constantly refreshing the webpage as they wait for the piece of information that will seal their academic fate. Whether the score is a 1600 or nowhere near that number, the four digits that appear on the screen can make or break a student’s chance of getting into his or her dream school.

After decades of putting pressure on students nationwide, the SAT, traditionally considered the quintessential college admissions test, is starting to lose its tight grasp on the academic world.

According to PBS, the test still weighs about half of a student’s entire college application. Even so, its position is steadily shifting: some schools no longer even require the exam.

The SAT makes its appearance as either a blessing or a curse, depending on the perspective of the individual. Some seek to supplement their GPAs by performing well on the assessment, while others view it as the monster that tears down their perfect application.

“[The SAT] puts too much weight on one particular test; [you’re] spending almost your whole life studying for this one big test [that] decides which college you get into,” junior Emily Schloss said. “I think [colleges and universities] should take into consideration different factors [such as] more extracurriculars [and not just] the SAT.”

As the year creeps by, the frenzy escalates as students scramble to register for a seat at their nearest testing location. Pressure from parents, peers and school can become almost unbearable as students compare GPAs and attempt to increase the variety of their clubs and extracurriculars while simultaneously preparing for the most important test of their lives.

The SAT is notoriously recognized for keeping teens around the world at the edge of their seats. By accounting for nearly 55 percent of a student’s entire college application on average, according to PBS, the debate of whether colleges should weigh the test this highly has intensified.

“Your work throughout the year should show as your level of skill,” junior Alexander Farjadi said. “The SAT shouldn’t impact your grades as much as it does right now.”

Despite disagreements about the importance of the test, others believe that it should continue to serve as one of the foremost deciding factors to colleges.

“There will be kids with a 4.5 GPA who are the captains of multiple clubs in school, so colleges will have no way to decide between a group of top students,” senior Anjeli Dubey said. “Colleges need that one standardized test score that will help eliminate other factors; with a higher SAT score, you definitely will have a higher chance of getting in.”

Recently, colleges have begun to disregard the exam; this translates to a lesser amount of pressure on students to do well on this test.

Indeed, the 2400 to 1600 grading scale changed due to the conflicting perceptions of the importance of the test. By changing the rigor of the questions and the knowledge required to score highly on the test, the College Board attempted to present a different view of a student to colleges.

All of these changes have contributed to the evolving nature of the SAT. Although society has many perspectives on this assessment, it is clear that, for at least the next decade, the SAT will be viewed with a high level of importance.

The exam has been embedded in society for decades, and generations of families have sat behind desks to take it. While it might be considered to a lesser degree by colleges, it is still a crucial part of the college application. Even if the value of the SAT is changing, the shift will not take place overnight, and both students and colleges need time to implement drastic change.