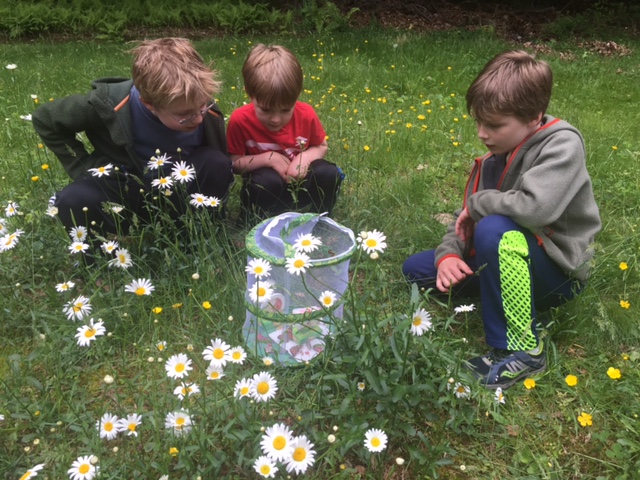 In 2015, marketing teacher Jenni Piotrowski placed her work on hold in order to take time to officially welcome the new addition to her family.

“I had a lot of leave saved up and I wanted to spend the first year of my daughter’s life with her because [I knew] there would be so much change that would occur,” Piotrowski said. “So, I was able to take a leave of absence and come back to Chantilly the next year.

“I loved [my hiatus],” Piotrowski said. “I met so many new friends and went to ‘mom’s group’ every week; [my family and I] went to places [like] Frying Pan Park, Leesburg Animal Park and the library. We just had a lot of fun and it was neat to see [my child grow] from a little baby that didn’t do anything to [a young child] crawling and cruising [around].”

To her surprise, Piotrowski’s seemingly unrelated role as a mother has influenced her teaching style in the day-to-day setting of the classroom.

“I think [my hiatus] has rejuvenated me, Having that ‘mom’ perspective has changed me a lot as a teacher,” Piotrowski said. “I used to be strict, and now I see the side of being more flexible, loving and not so serious.”

Now, two years after her hiatus, Piotrowski reminisces the countless memorable moments she made with her family during her break.

“I would definitely advise [taking a hiatus]. I probably should’ve done it long before [2015],” Piotrowski said. “It was a great experience; I would never take it back.”

What made English teacher Jennifer Dean’s hiatus so unique compared to the conventional hiatus was the length of her break.

“It was 2006, just after my first son was born, and I wanted to stay home for at least a year,” Dean said. “I loved being a stay-at-home mother, so I stayed for a while and then had two more children. [My hiatus] was 10-years-long [total]; it was quite a chunk of time.”

Though Dean took the hiatus to spend more time with her children, it did not stop her from integrating her career into her home life.

“I really enjoyed watching [my children] grow up,” Dean said. “[My hiatus] also gave me time to reflect on my practice, on what I would’ve done differently and how I wanted to grow as a teacher. In many ways, I never left the classroom mentally.”

While she was enthusiastic about returning last year after a decade of being away, Dean had to quickly adjust to the school’s new dynamic.

“It was a lot to get back in the swing of things [because] a lot had changed,” Dean said. “Every day was a new day to learn new tech tools, new ways of managing information and [new ways of] working with class sizes that were so much bigger. It was exhausting, but I was glad to be here.”

Upon her return, Dean’s teaching methods and perspective had altered as well.

“I think having children has given me added empathy and understanding of parent concerns and needs, which is helpful in the classroom for my students too,” Dean said. “I put myself in not only my students’ shoes but in their parents’ shoes. I want [my students] to feel like they were challenged, but not overextended.”

“My wife had taken a job at a private school in Princeton, New Jersey, and they wanted her to stay one more year,” Richardson said. “So I went up there [with her], knowing I was going to come back.”

While Richardson’s hiatus carried him miles away from the Chantilly community, he continued to perform the same work as he did, taking the job of substitute teacher and coaching his colleagues in New Jersey.

“[In addition to teaching], I did curriculum work because it’s a STEM school, so I was helping my wife and the humanities department develop a curriculum,” Richardson said. “I did some coaching because I had twice as much teaching experience as anybody there.”

His experience gave him a new insight on the various different operations of a private school system compared to the public school system he was accustomed to.

“It was interesting because the school was created and funded by a Chinese entrepreneur, so 80 percent of the kids are Chinese,” Richardson said. “That was a whole new dynamic, plus the fact that there were only 62 kids in four grades.”

As the 2017-2018 school year commences, Richardson has now effortlessly slid back into his regular routine of teaching students at Chantilly.

“[Coming back], I have a greater appreciation of public education,” Richardson said. “FCPS [has] a great program because it allows you [to take a hiatus] anytime during your career, and I encourage teachers to take advantage of it.”