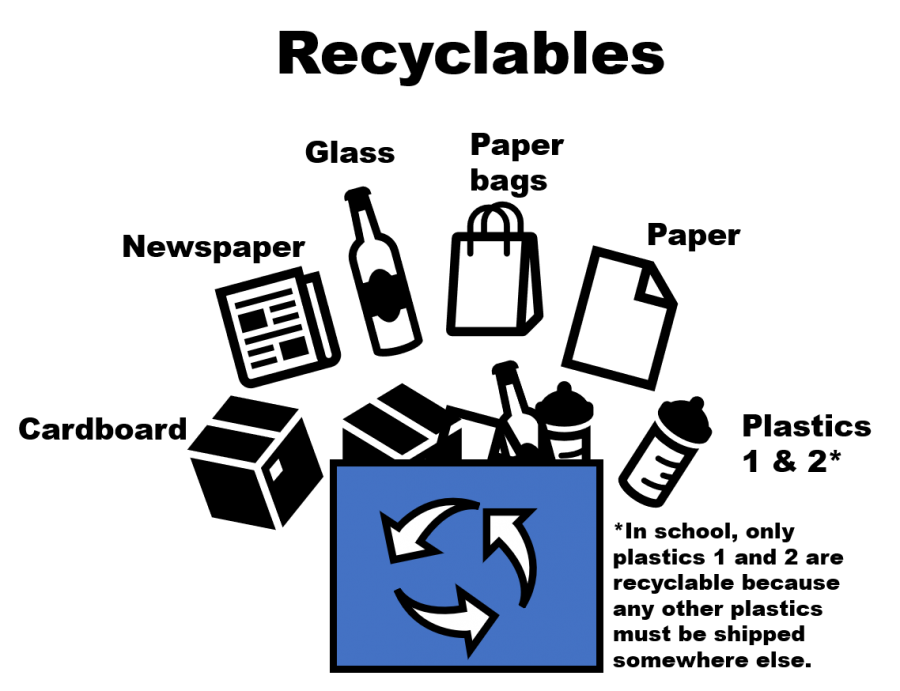 Last year, science teacher Michele Gates’ oceanography classes drew awareness to a large environmental issue through their recycling project. This year, there is a new addition to the project meant to increase student body knowledge about recycling and keeping marine debris from entering the ocean.

“It is for Planet Stewards, through the National Oceanic and Atmospheric Administration (NOAA), and it is a $1500 federal grant specifically for buying stainless steel water bottles to distribute to the student population,” Gates said. “We are going to do a raffle, because we really just want to get the water bottles in their hands.”

Without recycling, pollution increases and can negatively impact the environment in surrounding communities. For some students, this is an issue that produces much concern.

“The amount we recycle at Chantilly versus the amount of material that we bring in that is theoretically recyclable is abysmal,” senior Marty Roger said. “The goals for the project this year are to try to bring the numbers up.”

The project itself stemmed from Gates’ realization that a widespread lack of recycling was an issue in the world and the school.

“We have a lot of waste that goes out of Chantilly High School and we could be doing a better job by providing more recycling and less refuse,” Gates said. “I think it is important for us to serve our community and have some ownership of the place we live and work at.”

Instead of heading the effort alone, Gates has commissioned her students, most of whom are seniors, to help educate their peers.

“I am one person, they are 180 people,” Gates said. “The underclassmen look up to the seniors, and if recycling is cool, then I think that the younger kids will emulate that.”

Some students agree, speculating that school involvement will be the largest contributing factor to overall success.

“We’re making good progress, but the thing that we really need more than anything else is participation from the student base and the staff of Chantilly,” Roger said.

By participating in the project, students speculate that educating young people now will improve numerous areas in the future.

“Recycling at Chantilly that I have experienced has not been very prevalent, and teaching high school kids about [it] can help the population in general,” senior Shaan Smith said. “If more people recycle, that’s a better thing.”

Overall, this is a student-led effort, and Gates hopes her classes will take the initiative and spread awareness about the issue.

“The oceanography kids will teach the other kids, teachers and custodians about what we need to do to be successful,” Gates said. “It’s important for us to do projects where we can improve our area [and] do our part to keep marine debris out of our ocean.”