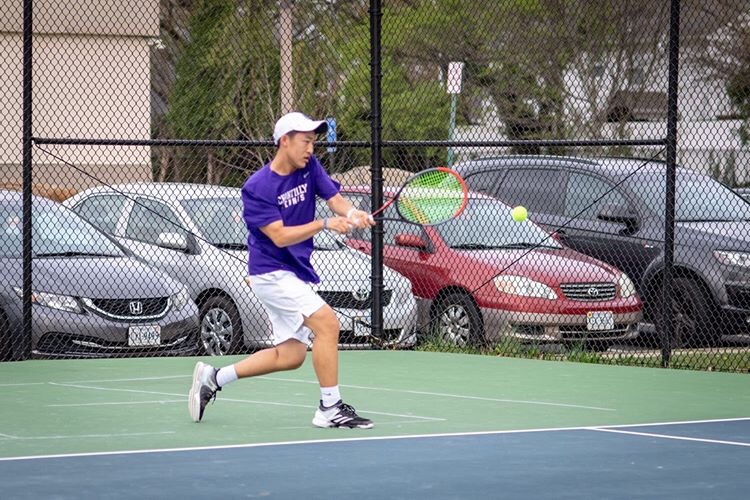 Friday night football games and hanging out with friends are some activities most teenagers partake in to celebrate the end of a school week. However, for senior Will Pak, he is working to become the best tennis player he can be.

“Growing up, while all my friends were hanging out doing teenage things, I was either at the tennis court, the gym or studying to get ahead for the next week,” Pak said.

Pak is ranked number three in the state of Virginia for tennis. Traveling out of state nearly every week for tennis tournaments and showcases came with a cost for Pak, as it took time away from his academic and social life.

“I have sacrificed a lot: social life, countless days of school and missing numerous family events, such as birthdays and holidays,” Pak said. “Because I traveled so much for tennis, there were times when the absences in school would overload me with make-up work and I would be stressed out beyond belief. Trying to make time for school and maintain a high level of play in tennis was no easy task.”

When someone has won five state titles, including the trifecta of singles, doubles and team events, all while maintaining a GPA above 4.0, that person usually draws the attention of an array of colleges. That’s exactly what happened to Pak.

“I was scouted by Dartmouth, Georgetown, West Point, Air Force Academy, William & Mary, Davidson, Virginia Tech, Boston University and a bunch of other colleges that I didn’t expect to have an interest in me,” Pak said.

From day one, only one university was on his mind: the U.S. Naval Academy.

“I have always known that I wanted to attend the Naval Academy and I can distinctly remember the day I received a phone call from the coach asking me if I was interested in joining the team for the Class of 2024,” Pak said. “The Naval Academy was always my number one choice.”

Of course, Pak didn’t achieve all these accomplishments alone. With the support of his teammates and family, he was able to become the player and person he is today.

“Will is a great tennis player and a tough competitor. I think his greatest asset is his mental strength and his ability to stay in every point. He never quits and always has a positive attitude,” Pak’s brother, freshman Lucas Pak said. “Most importantly, he’s an awesome older brother to me. I hope I can follow in the same footsteps as Will. He’s been an excellent role model and has taught me the importance of having a strong work ethic both on and off the court.”

Lucas is excited to finally compete alongside his brother.

“I’m definitely looking forward to being on the tennis team this year, especially since this is Will’s last season at Chantilly. It should be a lot of fun playing next to him”

Pak’s teammate, sophomore Vedanth Ramachandra, believes the coming years without him will not be the same.

“When I was a freshman, he was a great role model, teaching me how to work in a team environment,” Ramachandra said. “Before every match, he would bring the top six together. He would say his famous line, ‘This is a business trip.’ We take the game professionally, formally and get it done.”

“Every time he’s on the court, he plays every match, every set, every point with 120% intensity,” Ramachandra said. “He’s always the first one to practice and the last to leave.”

From late nights spent on the court, to being a decorated leader and champion, Pak believes that success doesn’t happen overnight.

“Many people have tried to downplay my accomplishments in tennis and in the classroom, but I can firmly say that I have earned everything I have today because of the hard work I put in the past,” Pak said. “There is not a single thing I would change looking back on my life today because all of the hard work has finally paid off.”

Pak returns a back – handed shot in a match against Centreville. The two – time state champion is always striving to improve his skills, making tennis his top priority. 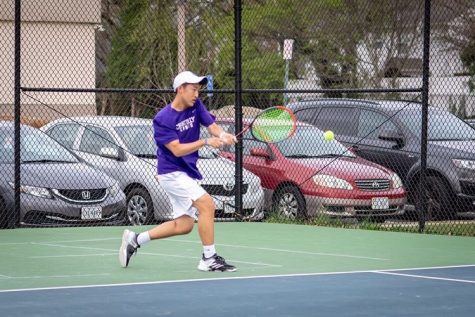