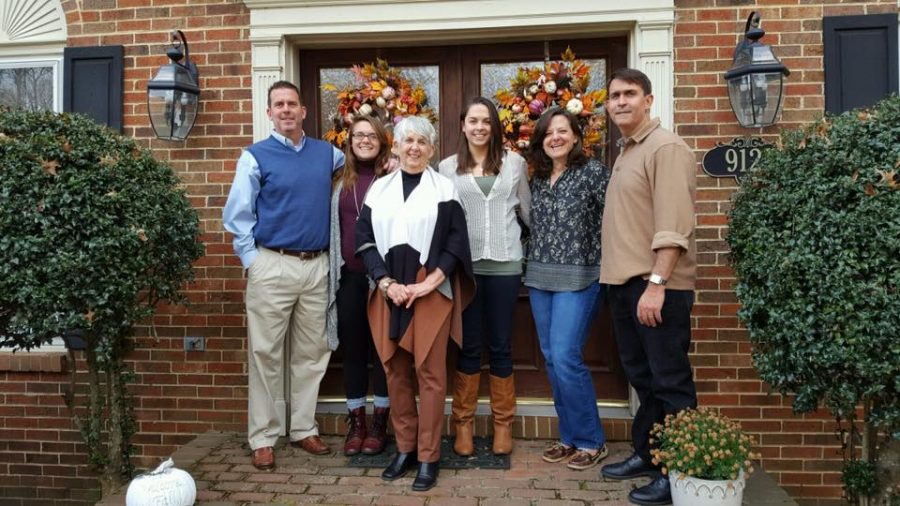 Even with his recent addition to the staff, social studies teacher Keenan Goldsby has left a unique impression on the Chantilly community. A former divorce lawyer and the sole teacher of the new Law in Action course, Goldsby has quickly earned the respect of students and staff members alike.

Goldsby’s colleague, social studies teacher Joseph Clement, has known him since elementary school. Clement recalls that Goldsby was the school president and someone he looked up to both then and now.

“I already knew him to be a living legend. He does pretty much everything well,” Clement said. “He was and still is the cat’s pajamas.”

When he was a student at Duke University, Goldsby worked as a law clerk at an attorney’s office. He majored in economics and history before applying to the University of Pennsylvania Law School.

“I had the opportunity to work with a lawyer who took me under his wing, even though I didn’t really know what I was doing. He let me go to hearings and meet clients,” Goldsby said. “Seeing different environments, especially working in a law firm, was a unique opportunity that someone my age was very lucky to get.”

Goldsby went on to work as a divorce lawyer for 25 years in state courts all across Northern Virginia, including Fairfax County. He has argued before the Virginia Court of Appeals and has had several of his cases published.

“Every case was its own animal, and sometimes success didn’t necessarily mean going to court and winning,” Goldsby said. “It might have meant keeping your client out of court and settling for something in their best interests, [even if] they don’t like the advice you give.”

However, despite the success of his career, Goldsby found himself emotionally drained after enduring years of long work hours and difficult clients.

“Divorce is one of the most stressful things a person can experience in their lives,” Goldsby said. “I felt I was able to help people, but in many ways, I represented a very negative chapter in their lives.”

After his two daughters graduated from college, Goldsby decided to switch careers. With the support of his wife and children, he approached his new teaching career with enthusiasm.

“I have wanted to be a teacher for a long time,” Goldsby said. “I remember some of my teachers and how they made a difference in my life. Last year, I was offered the opportunity to teach a Law in Action class and I jumped at it immediately.”

Throughout the school year, Goldsby plans on implementing activities such as mock trials, moot courts and deliberations to encourage students to explore both sides of controversial issues.

These efforts help Goldsby solidify his students’ understanding of what a career in law looks like, including all the responsibilities and commitments required, while allowing Goldsby to establish a unique connection with his students.

Throughout the school year, Goldsby intends to create more opportunities for students to ask questions and become engaged in classroom learning. Forming connections with his students was one of his prime motives for becoming a teacher.

“What I like most about teaching is the relationships I’m able to make with my students. Working with young people inspires me,” Goldsby said. “I’ve actually learned from my students as much as I’ve been able to teach them, and I think that’s amazing.”