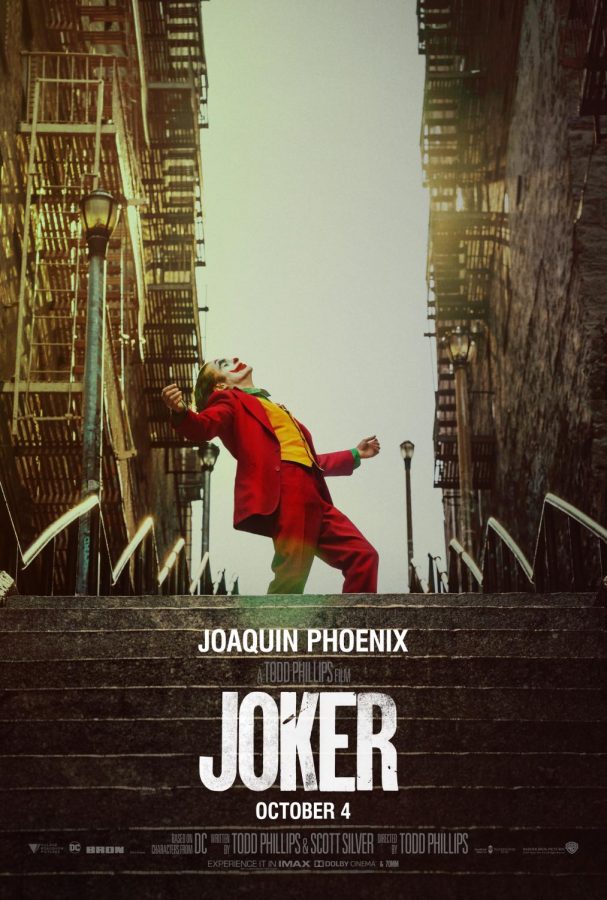 "Joker" leads the 2020 Oscars with 11 nominations. Many await to see if it will make any breakthroughs with awards as a film based on a comic book.

The 2020 Oscars are fast approaching, with the nominees being announced at the beginning of January. Movies such as “Marriage Story,” “Joker” and “Little Women” are nominated in various categories this year.

The Oscars will take place tonight, Sunday, Feb. 9. According to the New York Times, this will be the second time in a row after 1989 that the show has gone without a host. This is due to Kevin Hart stepping down as the host in 2019 for refusing to apologize for past homophobic statements and the resulting format being well recieved among the audience.

The movie “Joker” received 11 nominations, which is the most out of all the films nominated this year, including Best Actor in a Leading Role, Best Cinematography, Best Costume and Best Original Score. The psychological thriller was released in October of 2019 and revolves around Arthur Fleck, a failing comedian in Gotham City. His descent into madness and nihilism leads him to revolt against the wealthy and become the famous Joker many know today. The main character is played by Joaquin Phoenix, who lost a drastic amount of weight and studied several different forms of media to draw inspiration in order to play the part.

“My favorite out of all of [the movies] was definitely Joker,” senior Thomas Digby said. “‘Joker’ was a really sad, but constantly entertaining movie with a fantastic lead performance and great social commentary on modern society.”

“Marriage Story” is a Netflix Original movie about a stage director and his wife’s divorce. The film stars Scarlett Johansson, who is known by many for playing Black Widow in several Marvel films, and Adam Driver, who is well known for playing Kylo Ren in many Star Wars films. The film is described by many as one that portrays raw emotion and real relationships adequately.

“I’m really hoping that Adam Driver will win Best Actor for Marriage Story,” senior Jay Van said. “Adam Driver’s performance in Marriage Story was phenomenal. The fight scene is one of the best scenes in the film, but the ending scene was my top favorite. The way he reads the letters with so much emotion shows that he still cared about his ex-wife even after a year.”

Several individuals also felt that some movies were wrongfully nominated for certain categories, even though they didn’t fit the criteria.

“I wouldn’t nominate “Star Wars: The Rise of Skywalker” for Best Original Score because there wasn’t a single original track in the whole movie,” senior Digby said.

With the 2020 Oscars hours away, one can check out any of the films on the official Oscars website and possibly find a new favorite.

“I have seen all of the films that were nominated,” Digby said. “I think it’s really cool to see Netflix get two nominations for Best Animated Movie instead of Disney. I really want “Parasite” to win Best Picture because, from what I know, not many people have seen it, which is a really big shame because it’s so fantastic.”