“Miss Americana”: A look into the life of the world-renowned popstar, Taylor Swift 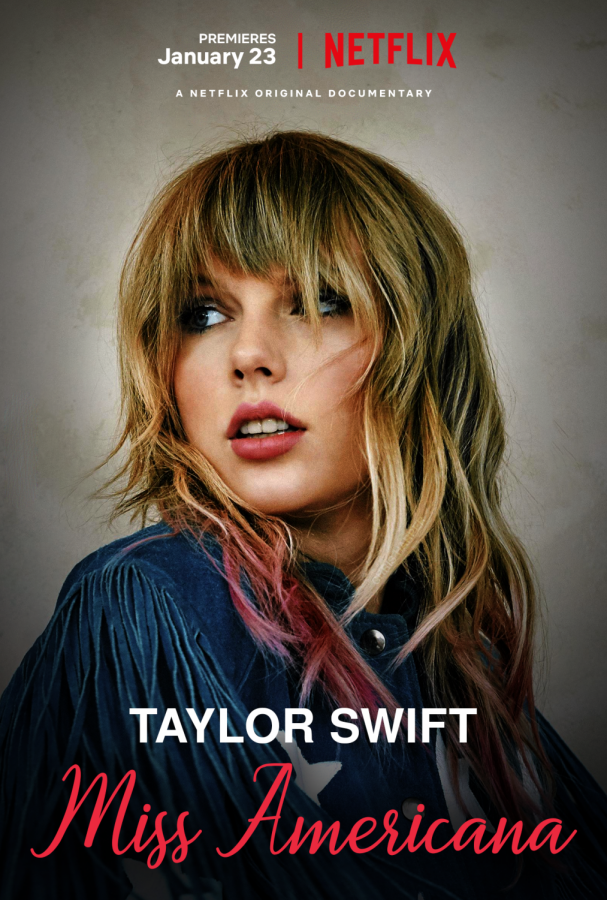 Taylor Swift has been an international popstar for over half of her life. In the new Netflix documentary “Miss Americana,” directed by Lana Wilson, Swift invites her devoted fans into a look at her hectic life that is a world-renowned enigma. Throughout the film, Swift shares her songwriting process, speaks out on her political views and delves into her struggles as a woman in a male-dominated industry.

The documentary begins with a look at Swift’s 2017 album, “Reputation.” Swift, having been a frequent Grammy winner and nominee in the past, for the first time in she is not nominated for any awards for “Reputation.” Despite this, many fans remained loyal and supportive.

“I’m a really big Taylor Swift fan and I thought the documentary was amazing,” sophomore Katie Jaynes said. “I grew up with her music and throughout all of her albums, I have always enjoyed her music.”

Despite an increasingly devoted fanbase, Swift has always experienced harsh backlash, which sparked her recognition of how heavily the public’s perception weighs on her. With the world watching Swift’s every move, a certain kind of pressure can accompany every decision made.

“I think she’s had to endure a lot of pressure throughout her career,” senior Grace Linthicum said. “As the film title says, ‘Miss Americana,’ she has been the face of America for years, and there has always been a lot of pressure to act a certain way.”

With such a large platform, Swift had to be careful revealing her support for certain causes in fear of public backlash, forcing her to keep her political stance private for the majority of her career. However, in 2018, Swift broke her political silence through Instagram, endorsing a Democratic candidate for the Tennessee Senate. After showing support for the Democratic party, Swift also encouraged people to vote, helping to increase voter turnout during the 2018 midterm elections.

“I think it told a lot of young people that they can have a political opinion,” freshman Alexa MacCormack said. “They should vote and be more informed on politics.”

Although Swift’s lifestyle seems perfect, the documentary unveils her self-esteem struggles like those of many other young stars. As her story progresses, she reveals her insecurities with her body image, especially with tabloid criticism and paparazzi capturing every angle.

“I thought her opening up about her problems with body image was really influential because it shows that even people who are really famous and seem to be perfect have insecurities like everyone else,” Linthicum said.

Though Swift began her career at a young age, she quickly gained popularity and became a powerhouse in the music industry. Swift expresses that throughout her career, many people have tried to undercut her success and take credit for her accomplishments. She highlights her experience with misogyny in the music industry and how formative these instances were.

“I feel like it was important to bring up the misogyny in the music industry, especially because of the [gravity] of the Me Too movement from last year,” Jaynes said. “She definitely dove into that, and I thought that was really empowering especially since a celebrity spoke up about it.”

“Miss Americana” captures pivotal moments and an overall transformative time in Swift’s career. This documentary allowed Swift to be more transparent and raw with her fans than ever before.

“One of the takeaways that I got from ‘Miss Americana’ was that even when you are famous and you have everything, you still push to do better,” Jaynes said. “There is still pressure and it’s not a perfect world.” 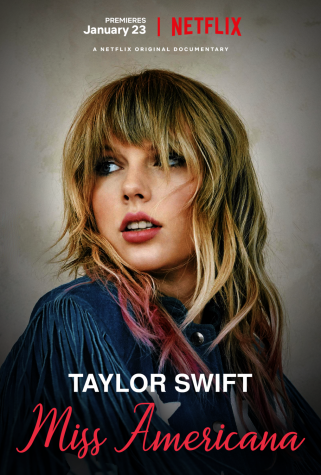