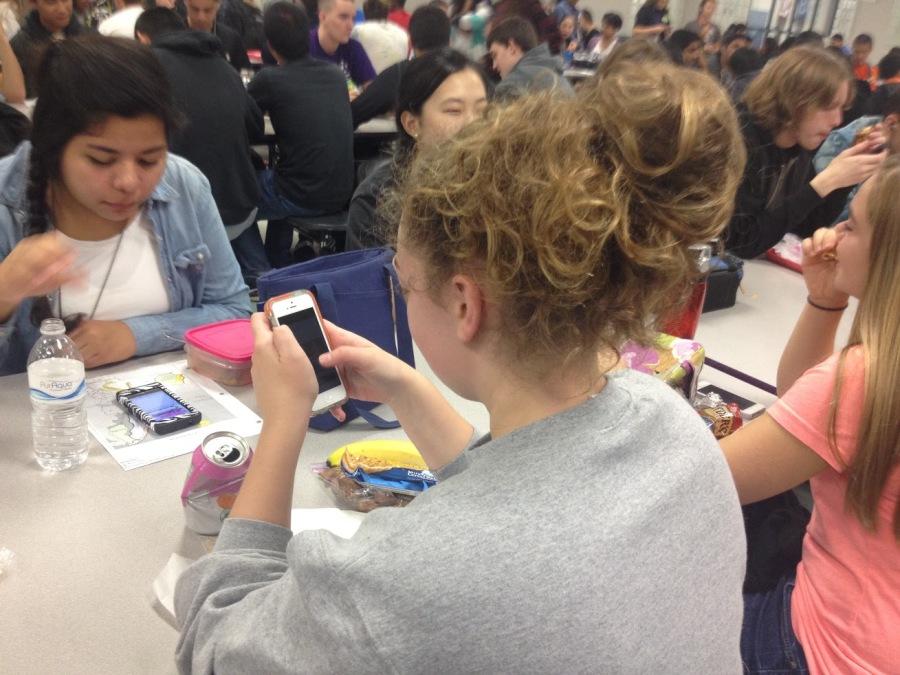 With the new apple release of iOS8 today, the school is buzzing with talk about it. iOS8 will have many new features that have been anticipated ever since the last big apple software update. Even though the programmers at apple are very excited about this new technology, not all students are.

“I didn’t even like iOS7,” sophomore Emma Gashel said, “All it does is drain my battery and I feel like iOS8 is going to do the same thing.”

iOS8 promises new features such as app updates, updates in the messaging and photo apps, a better, smarter keyboard, health apps, and more. Apple’s objective with this update is to round out some of the issues posed in iOS7 as well as including more helpful applications and designs for apple products. Another one of their main goals is to connect everything through the iCloud and also include better connections between devices. These new applications have the ability to become very popular and useful.

Although Apple claims this is going to be a big update, some do not agree that it will be better than iOS7 and are concerned about this new software.

“I don’t really see how it’s going to be different from iOS7,” Weidman said, “I think there was a bigger leap from iOS6 to iOS7 and the really big updates where Siri was made were more impressive.”

Since the update is coming out soon, the designers at Apple expect everyone to be rushing home to plug in their Apple device and get the new software.

“I mean I guess it’s nice to have the new technology since apps are going to update,” Weidman said, “But I don’t really think it’s going to be all that different. Let me put it this way, if it were Windows and Windows were coming out with a new update, I wouldn’t pay for it. I’m only getting iOS8 because it’s free.”

Some are even sceptical of the news features, since it may seem like only tedious or problematic changes are being made.

“I think [the new features of iOS8] are just going to be annoying,” Gashel said.