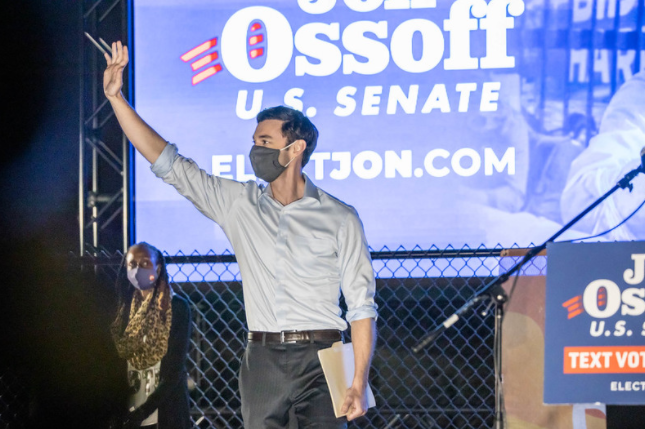 One of the most important presidential elections in history has left Joe Biden and Kamala Harris to be the next President and Vice President of the United States. Now, they have the Georgia senate seats they need to achieve their goals.

With Democratic candidates Raphael Warnock and Jon Ossof having won the Senate seats in Georgia, both parts of Congress will now be run by Democrats.

“I think there will [need to be] a lot [of] compromising with Republicans because of this,” senior Olivia Grindal said.

For the past two years, the Republican-majority Senate and majority leader Mitch Mcconnell blocked almost every piece of legislation coming out of the Democratic-controlled House of Representatives. With the victory in Georgia, Biden’s rather extensive agenda on issues like healthcare, the environment, government reform and the economy will most likely survive the House of Representatives and at least get an up-or-down vote in the Senate. However, the Senate is only blue due to the tiebreak vote of Vice President Kamala Harris, which means the Senate is split 50 to 50.

“I think because Democrats didn’t win in the landslide that was expected, they will be very moderate in their policy,” freshman Lindsey Payne said.

Many people assumed that Georgia would not be a blue state this election, since they haven’t voted blue in many years.

“Your skin tone doesn’t make your vote invalid. Why do other people get to make that choice?” sophomore Alishaba Rashid said.

Stacy Abrams is a voter reform advocate who was able to combat voter suppression in Georgia by getting minorities registered. The Democratic candidates for U.S. Senate and governor in 2014 won 45% of the Georgia vote, as did Hilary Clinton in 2016. In 2018 Abrams broke through the 46 percent ceiling and hit 48.8% in her gubernatorial campaign. Abrams was asked to run for Senate in Georgia, but she declined that chance for a position of power and instead focused on registering Black voters and voting reform. Two organizations founded by Abrams, Fair Fight and The New Georgia Project registered more than 800,000 new voters and contributed substantially to Democrats winning in Georgia.

“I think we should all thank Stacy for getting people to believe their votes matter,” freshman Anna Campbell said.