Fitness preparations for the winter months 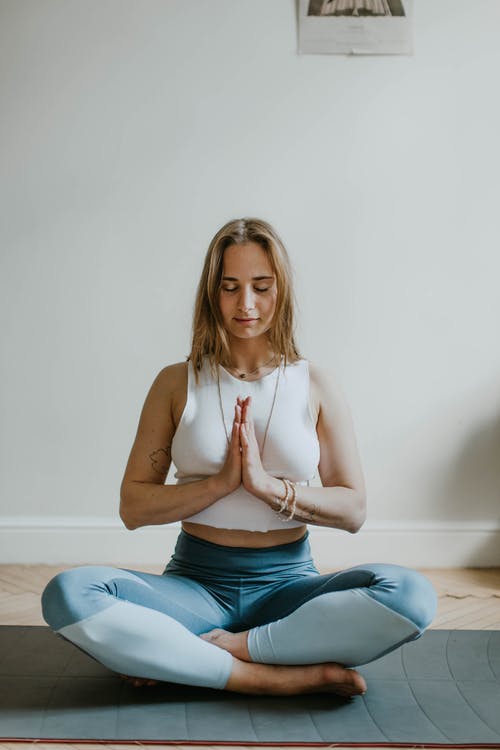 As a result of lockdown and a new year, many have begun turning their homes into gyms and creating their own at home workout routines, though some don’t know where to begin in terms of making changes to diet and fitness patterns.

“[Dieting is] huge, it’s one of the main components,” biology teacher Donald Casias said. “There’s three things you have to look at: diet, rest and physical activity. If you’re not doing one of those three things, the other two aren’t benefiting at all.”

For many, their diets and eating patterns have changed, and snacking and stress eating is increasing. As a result many are gaining weight; some refer to this weight gain as the Quarantine 15.

“Some people when they get stressed they eat, and so if you’re going to do that look at what kind of foods can I eat that aren’t going to help me put on more weight,” Casias said.

Casias recommends that if one does stress eat or is snacking that they replace those foods with ones that are helpful like fruits or vegetables. It can be difficult for stress eaters to stop themselves from eating unhealthy food, so instead, it could be easier for them to switch snack foods into healthier alternatives.

“We don’t want to punish ourselves for eating this way now; we just need to learn to change a little bit gradually,” Casias said, “Stick to a plan and try to snack at the same time everyday. If you’re snacking all the time, that’s going to be a problem when you try to get back into a normal swing of things.”

Something that could be dangerous to those thinking of changing their diet is food delivery apps. Due to the lockdown and the winter season approaching, food delivery services are on a surge. According to Business of Apps, from January through March of 2020, UberEats revenue was $819 million and from April through June their revenue was $1.2 billion.

“By eating [outside food], we’re supporting small businesses,” Casias said. “They really need our support right now, but just make sure that you’re balancing that.”

For some, this was an opportunity to begin better eating habits. Creating these habits can sometimes be confusing. According to Healthline, some simple ones could be to slow down eating because fast eaters are 115% more likely to get diabetes than slower ones. They also suggest adding whole grain bread, greek yogurt, and eggs to your diet

This is good because according to Better Health those who eat breakfast are less likely to be overweight or obese. And some have taken time to improve their eating habits in general. According to the Produce Marketing Association, produce department sales are up 11.2%.

For many, when creating positive health habits, their main focus is on exercise.

In addition to diet, exercise is also important. Exercise is a large help in weight loss, heart disease prevention, and mental health control according to Mayo Clinic.

“I think for a lot of people these times have provided some motivation to get out and do something,” health and PE teacher Carman Wise said, “But on the other hand there are people that may be stuck and not doing anything.”

For those who haven’t found motivation, they could be leading a dangerous existence. According to MedlinePlus, a sedentary life can put you at risk of obesity, heart attacks, diabetes, depression, anxiety, and more.

“Leading a sedentary life is one of the worst things you could do, especially going into the winter months” Wise said.

Wise recommends keeping a journal or a checklist of things to do in a day in order to feel productive. She also suggests a workout partner or someone to check in everyday and do an activity that you enjoy.

“All it takes is to find one thing [an activity you enjoy] and then once you’ve done that one thing you feel those endorphins kicking in and it makes you motivated to maybe do it again,” Wise said. “If you can just make yourself do it for 15 to 16 straight days, that can create a habit.”

According to the New York Times a lack of interaction could lead to an increase in stress, which is one factor for why stress may be increasing.

“We’re used to communicating and being around people. We’re social animals. Because we’re not able to do that, you’re seeing an increase of stress,” Casias said.

A two hour long workout is not required to relieve stress. Something as simple as walking can help. According to the HuffPost, walking boosts endorphins which can alleviate stress. But it doesn’t end there, walking is also good for cardiovascular health and it increases bone density.

Many are beginning to realize that now is a great time to build positive habits and good routines such as a workout plan. According to Google Trends, the search for “at home workout” peaked in March, and is on the rise again, likely due to the winter season and a new year

One activity Casias recommends is Nordic walking which is like normal walking only with ski poles. This not only increases cardiovascular endurance but according to Harvard Health, Nordic walking is a good exercise for the shoulders, arms, core and legs.

Casias also recommends a full body workout. This is easily obtainable using no equipment. Some example activities one could do are walking or running for their legs, Nordic walking for their shoulders, pushups for their arms and core and pull ups for their back.

To keep workouts interesting, one could switch their walks to a hike.

“Just start easy, and don’t try to do something big,” Casias said. “Give yourself a break. It’s not easy for anybody.”