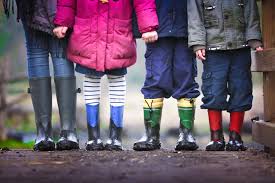 Although the foster care system usually fulfills its purpose in aiding families, the system is still widely criticized for failing to protect children and providing enough support.

In 2017, there was a rate of 3.4 per 1,000 children for cases of abuse or neglect in Virginia. In the welfare system, frequent horror stories of continued neglect and abuse reveal rampant issues in the American foster care system. Though foster care offers a place for children that were mistreated in their previous homes to heal, many foster homes fail to prevent abuse and to provide sufficient treatment.

Children placed in the foster care system can experience neglect and abuse from the caregivers they are placed with. According to the U.S. Department of Health and Human Services, in 2018, 62% of children placed in foster care were removed from their homes due to abusive neglect, totaling over 160,000 children.

Some believe that neglect within the foster system is partly because of the motivation for profit through the privatization of the foster care system. For profit foster systems may have lax or insufficient vetting procedures and background checks on caregivers, leaving more room for error in finding a safe household. According to the Institute for Family Studies, 43 states, including Virginia, have banned for-profit foster care. However, it remains a valid issue in the other seven states. Since foster care systems vary across states, a lack of regulation leads to some foster children living with abusers or molesters.

“It is very depressing to hear that kids who are in the foster care system [are sometimes] sent to families with abusive histories,” junior Valli Rammanathan said. “I would personally choose that children be sent to another family that can provide a healthy environment.”

Overcoming the issue of abuse within the system takes extensive work to teach and assess foster parents. Fairfax County’s Department of Family Services (DFS) requires foster parents to attend interest meetings, complete an extensive training program and undergo interviews and background checks to ensure that they are qualified. After approval, they are subject to frequent home visits and must take classes on subjects like mental health, sex trafficking, emotional regulation and grief. Multiple levels of officials in the process help reduce risk of mistreatment and promote recovery by making sure a child is placed with a person fit to act as a caregiver.

According to a report by the State of Working America, people of color are overwhelmingly more likely to live in impoverished circumstances, with 45.8% of Black children living in poverty. These racial disparities are also evident within the foster care system. Across Washington D.C., African American youth represent the majority population (67%) of children in the foster care system—compared to 11% of white youth—despite being only 26 percent across the region.

“We cannot rule out how racism and oppression have played a role in the higher number of children of color in foster care and families of color who receive community based services,” Condemi said.

A study by Northwestern University in 2019 on a group of 4-year-olds found that there was a strong and consistent pro-White bias. The sensitivity of an undeveloped child’s mind makes them uniquely vulnerable to absorbing social biases they observe or even learn through people close to them, and this way of thinking can progress throughout their life.

Trafficking and its ties to victims in the foster care system

Human trafficking occurs through the use of coercion or fraudulent means to capture people for labor or commercial sexual exploitation. According to the United Nations, traffickers typically prey on those who are in a mentally weak place, and since many foster care children are mentally vulnerable when not given assistance, they are prone to become victims of trafficking. According to Children’s Rights, 60% of domestic child trafficking victims in the U.S. have had a history in the child welfare system.

“Children who enter the foster care program have experienced significant trauma and loss,” Condemi said. “They might be struggling with decreased feelings of self-worth. They might feel frightened and alone. What we know about sex trafficking is that they target people who are vulnerable and isolated and who are looking to feel ‘included.’”

Caregivers and workers in the foster care system work to remove the connection between child trafficking and foster care by giving the required attention and support children need.

“By maintaining stability factors that were present in the children’s lives prior to foster care, the outcome is that foster children will feel tethered to their community as well as develop a sense of safety and inclusiveness in their foster homes, thereby decreasing the possibility of sex trafficking to occur,” Condemi said.

Though the foster care system struggles with these flaws, its workers and organizers have strived to improve assistance to all children and families. Condemi states that in Fairfax County, the DFS has reduced the number of foster children from over 600 in the early 2000s to under 200, indicating that more children have been placed with permanent, stable adoptive households and/or reunited with their families.