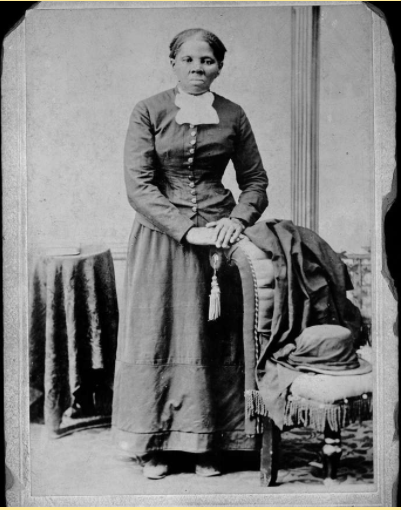 Photo from the Library of Congress.

This is a picture of Harriet Tubman, a Black figure who will be taught about more in-depth in the new course.

“Given student interest in African American history and the role that social justice movements have played in students’ lives over the past several years, it makes sense to offer this course,” history teacher Ross Bosse said.

The main focus of the class is to supply information to students about the numerous contributions African Americans have made to the development of the United States, Boss added. It lends a historical perspective to the tribulations people face today.

“Many of the issues we still face in the U.S., in terms of race and social justice, become more clear with a grounding in African American history,” Bosse said.

This class starts in America from 1619 all the way to present time. Students will learn about major African American events such as slavery, the development of Black culture under the institution of slavery, abolition, the reconstruction era, the Jim Crow era and the civil rights movement. These topics are different from other history courses because students will learn about the connections between current issues, trends and culture in depth.  One of the issues with survey history courses like U.S./VA History or AP U.S. History is that there is little wiggle room to focus on any topic in depth.

“Virginia history starts with the enslaving of African people and includes the creation of the notion of race as a reason to disenfranchise or dehumanize certain people,” assistant principal Amy Parmentier said. “There is no American history without African American history.”

This course is provided so that students will have a fuller and more accurate understanding of U.S. history. In addition, the origins of Africans in North America will be taught.

“We also want students to be exposed to art, music, fiction and non-fiction that represent a range of races, cultures and backgrounds, as well as historical figures who are sometimes less well known,” Parmentier said. “[They] have impacted the world and U.S. history in meaningful ways.”