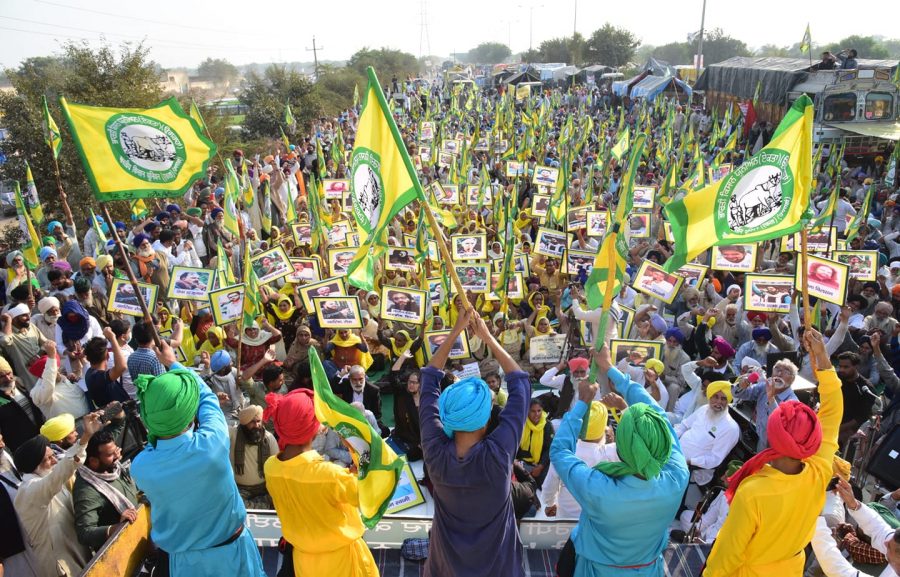 The first bill passed aims to give farmers the freedom to negotiate with traders at a level playing field. The second bill’s goal is to modernize the food supply chain and prevent private investors from interfering with business operations. Lastly, the third bill passed hopes to attract private investors to sell farmer produce at an international level.

While it may seem these bills will help farmers financially, many activists believe only large corporations will benefit, leaving smaller-scale farmers unemployed . Additionally, farmers fear they may be forced to sell their land to these corporations, which would leave them financially handicapped and even homeless, as their agriculture is their primary source of income.

“From my understanding, Narendra Modi enacted new reforms that would harm agriculture in India,” junior Manya Phutela said. “While proponents claim exposing farmers to a free market would improve business, many farmers are distrustful of big companies. Instead, many of them rely on small markets, where they know the free market won’t be corrupted by powerful figures.”

The backlash the BJP received after enacting these reforms was followed by a tweet from Modi,  claiming that the Indian farmers have been “bullied” by large corporations and that these bills will provide a way out of this conflict. The BJP believes that the agriculture sector has remained constrained from free choice in choosing the markets for their produce, even 30 years after Indian liberalization. However, the aim for these new laws is to give the agricultural industry the freedom to sell their produce wherever they choose. But because of such a large fear of losing profits, land and lives, many farmers are hesitant and are now fighting for a change.

Small business farmers all across India are the backbone of the agricultural industry, comprising nearly half of India’s one billion population and contributing to over 15% of the 2.7 trillion dollar economy.

“Tell your friends, talk to your parents about it, ask for their stances, etc. Information by word of mouth is powerful; talk to everyone and anyone you know about the crisis and help them understand the situation,” Indian Student Association President and sophomore Joshita Nandakumar said.

The farmers rely on their agriculture for a sufficient income, so when these new laws pose a threat to their livelihoods, protests for change are bound to happen. According to FP Insider Access, due to increasing debt and poor harvest in 2019, many farmers were unable to sustain themselves. As a result, nearly 28 farmers died by suicide each day.

“The reason farmers are risking their lives in these protests is that their sole source of income would completely disappear if no one questioned these unjust farmer laws,” Nandakumar said. “In 1960, agriculture accounted for approximately 50% of the economy, but in 2019, it was just 15%. This means that even before the new laws, millions of farmers already faced difficulties making ends meet in an exponentially decreasing agricultural economy.”

Many people are signing petitions and donating to well known organizations to bring support to the farmers of India.

“Encourage your friends and family to donate to trustworthy organizations such as Khalsa Aid, Saanjh and Sahaita. Contact your local officials to initiate discussion,” Nandakumar said. “Please do yourself a favor and save a farmer’s life by speaking out against the new farmer laws in India.”