Athlete of the Issue: Sam Fitzhugh 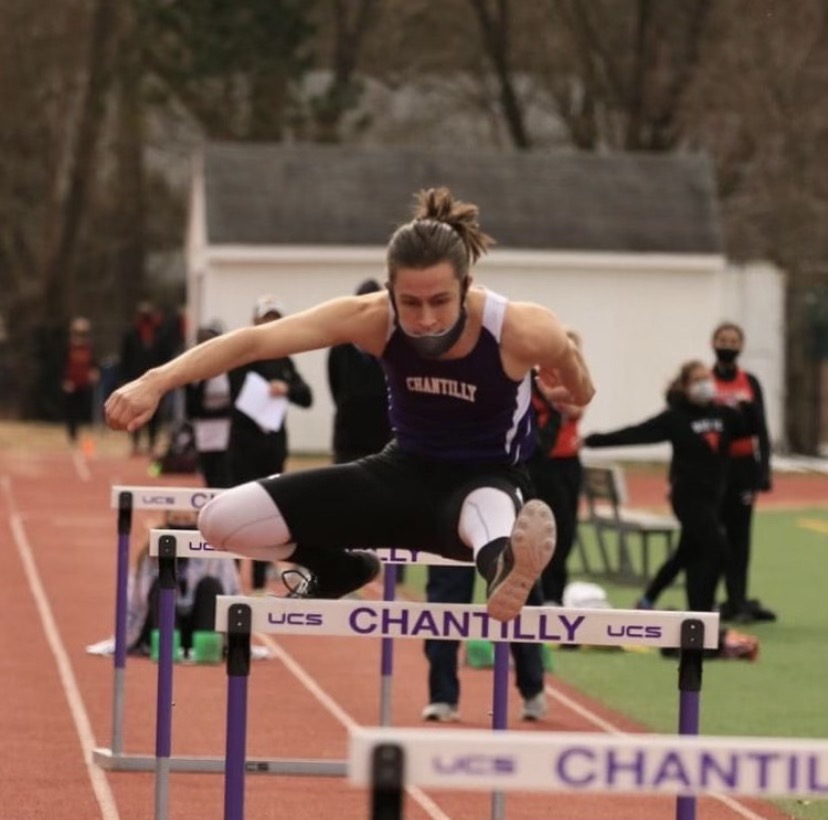 With the winter track season complete, many students now find themselves excited for the upcoming spring track season. This time in-between seasons is a good time to reflect on how COVID affected the previous season and what’s to change going forward. For that we look to senior and captain Sam Fitzhugh, who placed fifth in the triple jump, sixth in the pole vault and third in the 4×200 meter relay at the VHSL state winter track meet in Virginia Beach on March 1.

How did practices and games change this season in comparison to previous seasons?

During practices and meets, we had to keep masks on at all times (including competition). Meets had significantly less competition, because of the limitation that we could only compete against other teams in our district, the number of competitors was limited, and there was no incentive to winning meets.

Did you find any difficulty reaching out to incoming freshmen of the team?

I think the biggest difficulty regarding freshmen this year was more getting them to come out for the team than connecting with them once they were there. We rely a lot on word-of-mouth advertising and networking to convince people to come out, so being out of the building made that a bit difficult this year.

How has training for track changed as a result of COVID-19?

We had to wear masks the whole time so running was a lot more difficult. Also, the school weight room was off-limits, which is something I personally took a big hit from because I’m not very big, and being bigger would benefit me everywhere. Our vault practices also took a large hit from COVID because there was significantly less gym space available for us to practice in, meaning we got fewer practices, and we didn’t use the gymnastics room to prevent exposure for us and the gymnastics team, meaning we didn’t get to use the same equipment we normally would either.

What is something you look forward to in the spring season?

I feel like my performance on the track and on the runway isn’t very representative of what I can actually do, but I haven’t had the time to prove it because of the shortened season with limited competitions and meets; so something I look forward to is performing at the level that I know I can perform at and leaving it all on the track and on the runway before it’s my time to go.

If you could do anything differently from the winter season what would it be?

Out of the things I actually had control over, I don’t think there’s anything I’d really do differently. I gave the season everything I could despite the situation we were in and I feel like all I needed was one or two more weeks to get to that next level of competition.

Thank you to all the staff and students who showed their support for me this season, I had a really fun time this season and while it may not have panned out how I wanted, I still improved and can’t complain about the outcome.