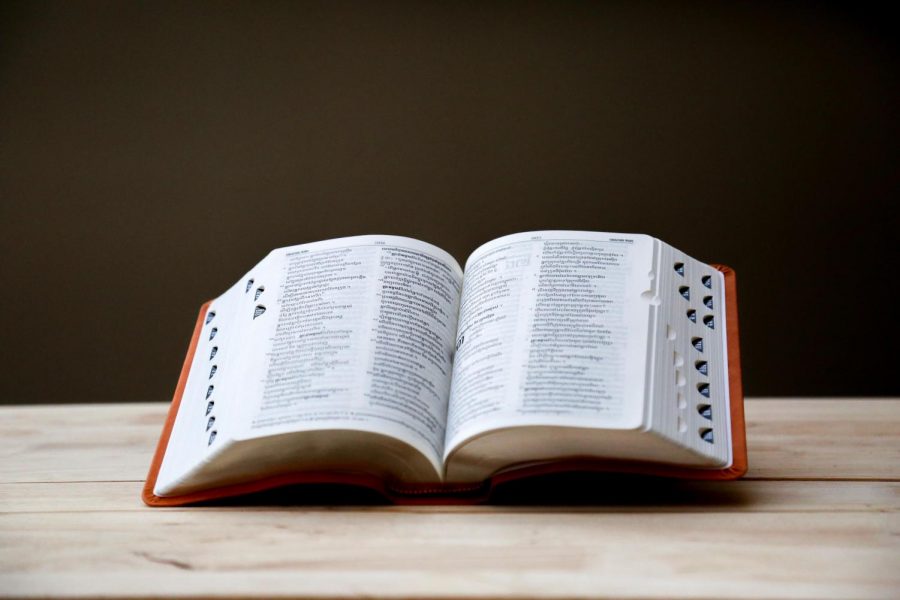 Slang is started to be added to the dictionary as it becomes more commonly used.

Slang originated in England as a language used by criminals in the 16th and 17th centuries according to BridgeEnglish. Through the years, they’re now used by teens and young adults.

“I honestly don’t think my parents have ever said a slang word before,” freshman Emily Lieu said.

According to YourDictionary, in the 1900s a lot of slang words came from events that were going on. In 1945, America dropped an atomic bomb on Japan. After this event occurred, when getting stressed or angry people would say “going nuclear” and “having a meltdown.” In the 60s and 70s, a lot of people used the term “grokking”, a word invented by American writer Robert A. Heinlein as a way to say they understand something deeply. In the 1980s, a spree of mass shootings by postal workers occurred in San Ysidro, California, Edmond Oklahoma, and Stockton California. People started using the term “going postal.” It means suddenly behaving in a very violent or angry way.

“I didn’t think slang was a thing until like the 1990s,” freshman Jasmin Giri said.

Apps like Tiktok have given teens and young adults their favorite slang words to use. On Tiktok, a song written by Conan Gray called “Heather” became a way to refer to someone as perfect or beautiful. In the song, Gray talks about wanting to be “Heather” since she’s everything he wants to be.

“I feel like a lot of slang comes from movies and celebrities but not as much as on Tiktok or Instagram,” sophomore Alishba Rashid said

Some movie classics like “Star Wars,”  “Clueless,” and “Ghostbusters.”  have contributed a few slang words still used today. The word “toast” has been used as a synonym for “dead,” like when someone says “I’m toast.” According to Business Insider, the first known use of “toast” in that way came from Bill Murray in “Ghostbusters.” He came up with it on the spot.

In the last decade, dictionaries like Merriam-Webster added 50 of the most popular slang words used. Some popular terms added include “vacay,” “zoodle” and “adorbs.”

Every time words like that are added, older generations tend to get confused when others casually say them in conversations

“I feel like some adults just have a hard time understanding slang words since there are so many,” freshman Giri said.

According to Refinery29, a school in London, Harris Academy, banned slang phrases in classrooms and any other areas of the school considered “formal language zones.” Students cannot begin sentences with “basically,” end them with “yeah,” or use a whole list of slang words which include; “like,” “innit” and “coz.”

“My favorite slang word to text is “lmao” and “lol” and when I do my mom is always confused,” freshman Anna Campbell said.

In May 2014, Merriam-Webster added words such as “selfie,” “YOLO” and “binge-watch.” Other articles from Business Insider and Vanity Fair have many angry commenters claiming this will devolve the English language into acronyms and slang. Others say this is good since the world is always developing and changing and that we should change with it.

“I always think maybe there’s going to be a time in the future where instead of talking to each other we’re just going to use acronyms or slang words,” Giri said.