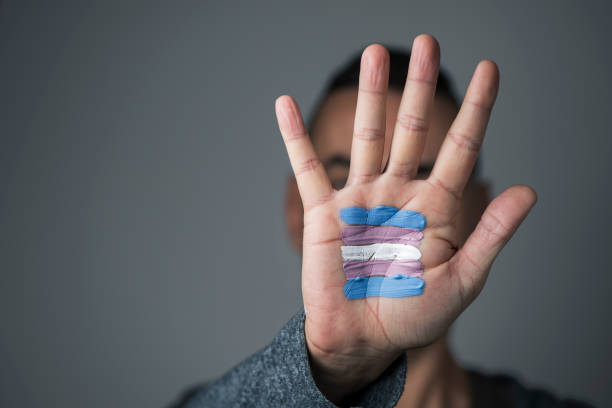 Being transgender is something a lot of people are proud about and people like to express that with a pride flag.

Congress and at least 17 states are considering legislation that could prohibit transgender students from playing on sports teams that don’t match their assigned sex at birth. This bill was proposed by House Representative Greg Steube (R-Florida). Similar bills have been pushed to prevent transgender students from being able to go into their gender bathrooms, locker rooms and now sports teams.

“If you identify as a woman I see no reason why you can’t go in the women’s locker room or bathroom,” freshman Emily Lieu said.

A few days after this bill was introduced in the House of Representatives, President Joe Biden signed executive order 13988. It prevents discrimination based on sex and gender identity. It states children should have no worries that they will get denied the chance to go to their gender-assigned bathroom or locker room. However, this order didn’t change policies for public school districts, and the bill prohibiting transgender students from playing on certain sports teams was presented during the signing of the order.

The most controversial part of this gender inspection bill is the “checking” of students’ genitalia. According to PolitiFact, none of these bills against transgender students allow teachers to examine a student; however, states will have the option to allow doctors to examine students before they can participate in school sports.

“I would not be okay with someone [checking] myself or any of my teammates,” freshman Lindsey Payne said.

A big question when it comes to this debate is whether or not biological males who identify as female have an advantage over biological women when it comes to actual performance. According to TheHill, transgender women who are biological males do have an advantage on the playing field. It comes down to the differences in muscle mass, skeletal structures and hormonal biology that persist after medical and surgical gender transition.

Many trans rights advocates and people in the medical community say that by observing that substantial musculoskeletal sex differences that don’t emerge until puberty, the difference isn’t that huge for children who have received male to female hormone treatments beforehand. According to APnews, lawmakers and sponsors of bills against transgender athletes can’t give any examples of when a transgender girl beat a biological girl because of an advantage or any other causes.

“The facts are [transgender women] will have an advantage and we need to accept that,” health and physical educator Marc Matthie said.

According to The New York Times, a similar bill has already been signed into law in Idaho by Gov. Brad Little. To learn more about the rights a transgender person has in school or just in everyday life, visit TransEquality.

“I just hope we can find a fair and equal way to include all students no matter what,” Matthie said.