Lacrosse players get back to season 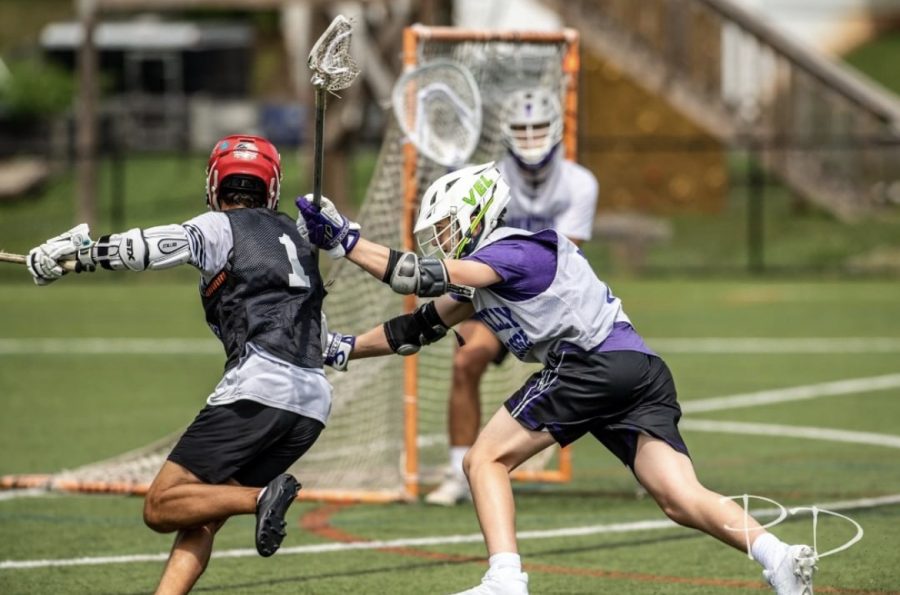 Since last year’s season was cut short, returning lacrosse players have had more time to train and prepare for the upcoming season. The school has also been hosting conditioning for players who want to try out for the team and get in shape before the season starts.

“To prepare, I’ve been attending the school’s conditioning,” junior and varsity lacrosse player Caroline Kim said. “Outside of conditioning, I’ve been improving my cardio, weight training and stick-handling skills.”

This season will be different than most others due to guidelines from the Centers for Disease Control and Prevention. Wearing masks, social distance, cleaning everything thoroughly and signing forms before practices and games are just some of the things players have to start doing. Coaches are now making sure players bring their own water bottles and aren’t sharing. No water means no practice.

“This season will be starting much later and games will be closer together than usual,” junior and varsity lacrosse player Xavier Gonzalez said. “There will be no team dinners and other bonding activities.”

Many of the players have been playing lacrosse for many years and are ready to get back and play the game they enjoy. Kim has been playing on the Chantilly lacrosse team since her freshman year.

“Overall, I’ve been playing lacrosse since third grade and hope to continue playing in college,” Kim said. “For this year specifically, my goal is to improve myself as a player in order to help my team win games.”

Because of COVID-19, teams aren’t able to participate in bonding activities, and most haven’t been able to see their teammates since their last season in 2020.

“It’s great to get back to playing and being able to see my teammates again,” Gonzalez said. “Having the season cut off early last year means that we have to prove that we can still play.”

This year’s season is from late April to early June. The teams first games were on April 26 but all teams lost against Robinson Secondary School. The players are ready to reach their goals for the new season.