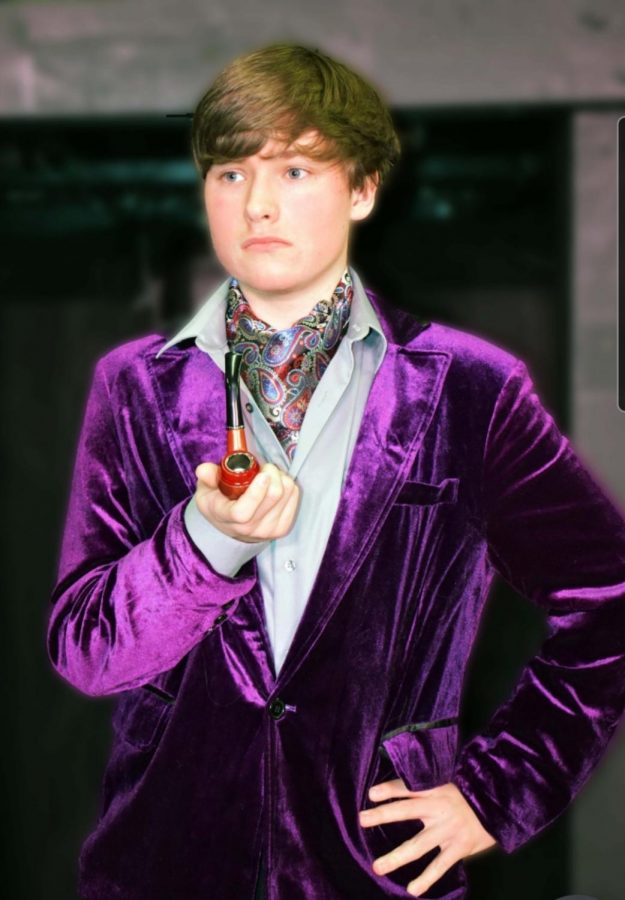 Freshman Tyler Ellison is part of community theater and loves being on stage.

I enjoyed how open the drama community was and how it incorporated singing and acting.

2. What is the best part about being in drama?

[The] best part about drama is definitely having longer rehearsals where you basically get to hang out with your cast members. It’s tiring, but very fun.

3. Do you prefer to be the main character or do you not mind which character you are? Why?

I don’t really mind [either roles] because I’m usually happy to just be in the show either way.

4. Is the theater department doing in person performances now? Which one is better?

Yes, I’ve done some at the local community theater, Not Just Dance. In person performances are definitely much better.

5. Which productions have you been in and where?

Recently, I’ve been in “Clue,” “Matilda” and “Aladdin,” all at the local theater,[Not Just Dance]

6. What is your favorite character to play from a certain production?

My favorite character to play was Mr. Wormwood from “Matilda.” He was a very high-energy character who had a good amount of funny lines, and although he wasn’t a singing role which was a little bit of a let down, he was still really fun to act as.