Humans of Chantilly: The face of new rowing club 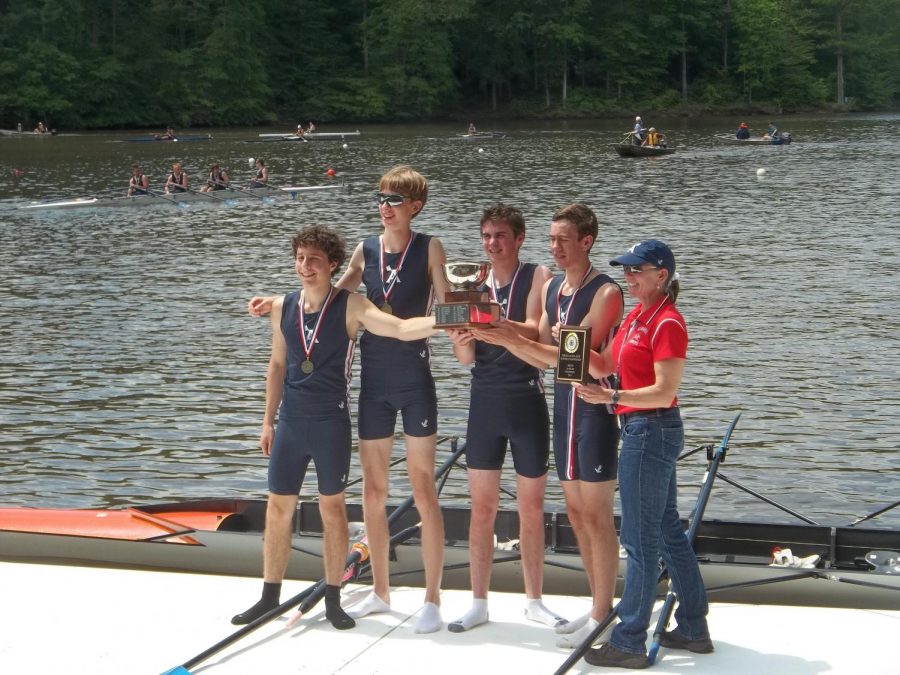 Junior Isaac Elias is a 17-year-old who founded the Chantilly Row Crew Club.

Why did you start the rowing club at Chantilly?

I wanted to teach other people about rowing and how cool it is, as it’s not the most popular sport out there. I think the level of camaraderie and teamwork is something people need, especially right now as we’ve been so separated.

What do you do in the rowing club?

We usually compete in rowing events, but as of right now, we are in the more early stages of our club. This means we are recruiting people so we can teach the basics of rowing and try to get enough people for a full team. We race against schools from all over the district, usually at rivers like the Occoquan and the Potomac.

My cousin was on a team in high school, and I had a lot of fun watching him compete with his crew. It was so cool to see them act as a team like that—they were completely in sync. I think the sense of teamwork is something I value highly in rowing.

Why should somebody join the rowing club?

It’s a really unique experience for one. It feels like being on a swim team in a way because of how the meets work, but the level of cooperation between the team members is unmatched. I think because of its portrayal in movies and in the media, rowing kind of feels like a cool sophisticated ‘rich person sport,’ which is funny in a way.

Were there any challenges you didn’t expect about being in rowing?

Yes, I think the biggest challenge with starting a crew team is finding a sponsor, as it is a very expensive sport. Another thing I didn’t expect was how difficult it is to get people to come to meetings consistently. It’s a real commitment and I understand how it could be difficult to get interested, so I need to do a better job of engaging people to come back and get invested.