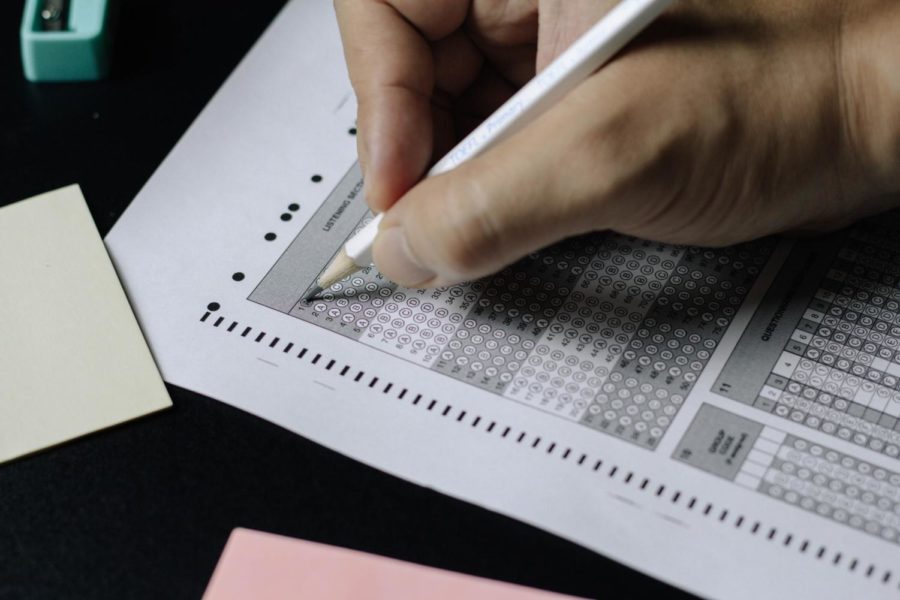 Standardized testing became optional in nearly 72% of colleges in the U.S. in 2020 in response to COVID.

Scores from standardized testing have traditionally been used to measure how prepared a student is to get into college. Aptitude tests like the SAT and ACT have been required for college for decades, but requirements changed in 2020 when nearly 72% of colleges in the U.S. adopted a test-optional policy to adjust to the coronavirus and its effects, according to IvyWise. University of Virginia, Virginia Tech, Virginia Commonwealth and James Madison have all shifted from being test-required to test-optional. Students can tell which colleges require aptitude tests by looking on the Common App website and talking to their school counselors.

ProCon.com advocates that some argue that standardized tests only determine how good a student is at taking a test and provide no meaningful measure of progress. Additionally, the SAT is inherently designed to measure test-taking abilities, not knowledge or intelligence, as reported by PBS.

“I do not believe standardized testing displays a student’s ability to perform college-level work,” senior Arin Vandrapu said. “Standardized tests are merely a tool to see the determination and work ethic level for each student.”

Although not a direct fault of standardized exams, wealth and greater access to resources gives some students a better chance of scoring high on these tests. According to PrepScholar, some parents and students spend thousands on one-on-one tutoring that ranges from an average of $40 to $200 per hour, depending on the prestige of the tutor. Students who received tutoring for these standardized tests have an advantage over those who are unable to pay.

“Not all students find success with the SAT or the ACT, and not everyone can pay for expensive prep courses,” English teacher Deborah Wydra said. “I’m not sure that these assessments are the ‘end all and be all,’.

Although these tests are said to be extremely stressful for students, they can be a good indicator of a student’s potential success in college through benchmark scores for each section, according to CollegeBoard. They stated that students whose scores meet the benchmarks for each section are considered college and career-ready.

“To some extent, if you have grown up in Fairfax County and taken advantage of the courses available to you, the SATs and ACTs do serve as an accurate indicator of how well students will do with college-level course work,” college counselor Khristie Greiner said. “College entrance exams can tell you where you are in relation to the rest of the country and tell you where you sit with those who are at certain colleges.”

For those colleges that do not require test scores, they instead look at other aspects of the application, which are referred to as holistic admissions.

According to College Transitions, holistic admissions have recently become a well-liked and increasingly common evaluation process, where colleges seek to consider the entire candidate rather than just stats such as GPA and test scores. According to the Economic Policy Institute, critics say it is fairer to judge students by a variety of standards, such as teacher recommendations.

Many schools and institutions have used a holistic admission procedure to create a diverse class of students with the background, traits and abilities necessary for academic success.  Highly selective universities that use this process include Harvard, Yale and Princeton. Students can tell by looking at the Common App website and by looking at colleges’ websites.

“I would hope that colleges are able to build equitable and diverse freshman classes by looking at a wider range of factors for admissions,” Wydra said.