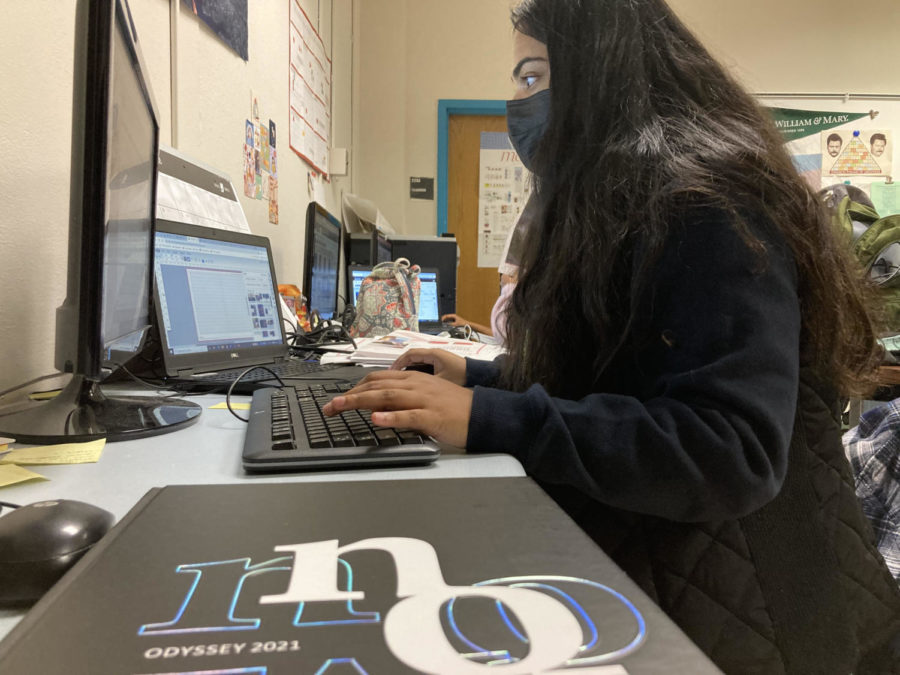 If current trends continue, the gap between the number of men and women in computer science jobs will not decline for another 100 years, The New York Times predicts. In order to close this gap, Girls Who Code, a club at CHS, assists girls interested in STEM by teaching them life skills like writing a resume and connecting them with experts in the field.

“[Girls Who Code] gives girls an outlet that they might not have outside of school to dedicate some time to improve their skills,” senior and president Johanna Luke said. “It’s a club they can join to see if computer science is something they would be interested in.”

The club plans to host monthly meetings where they teach new members computer languages like HTML, C++ and Java. Club leaders ultimately hope to create a sisterhood for girls to bond by allowing them to collaborate on problems using programs like Replit, Coolers and W3Schools.

“Last year, we could not

do a lot of things, so the other president and I took this project over the summer and planned what we could do to enhance this club,” Luke said. “We found a new sponsor, [Ms. Mazhari].”

Students join Girls Who Code to supplement their learning in their computer science classes. With an emphasis on problem solving, the club attracts new members.

“I don’t think I’m learning much [in AP Computer Science],” senior Julie Fitzgerald said. “So I looked outside to see other organizations or programs to find more opportunities, and Girls Who Code seemed to be my fit.”

According to a 2015 Stanford study by Jorge Cueto, almost 70% of the computer science students at Stanford are male. To combat this underrepresentation of women, Girls Who Code lays the foundations for helping girls to take on traditionally male-dominated careers and jobs.

“Twenty-two out of 29 students in one of my classes are male,” computer science teacher Adam Neff said. “I think interest in computer science needs to be garnered among the female student population.”

In every meeting, the club’s board members will introduce a project, and then the members work together to understand and debug the code. The club strives to give girls the confidence to face the stereotypes in the workplace.

“During every meeting, we emphasize believing in yourself to do everything that you want to do instead of standing behind men [and] watching them do stuff,” Luke said.

Computer science is the core of several technologies such as robots, phones and microprocessors, but it also has other roles in society. By teaching members to debug codes on their own, Girls Who Code trains members for their careers. Any girls who are interested can contact Johanna Luke at [email protected] for more information about upcoming meetings.

“Computer science brings the opportunity to the table for students to try things on their own and use resources to fix problems,” Neff said. “With clubs like Girls Who Code empowering girls, I think girls can get that opportunity too.”