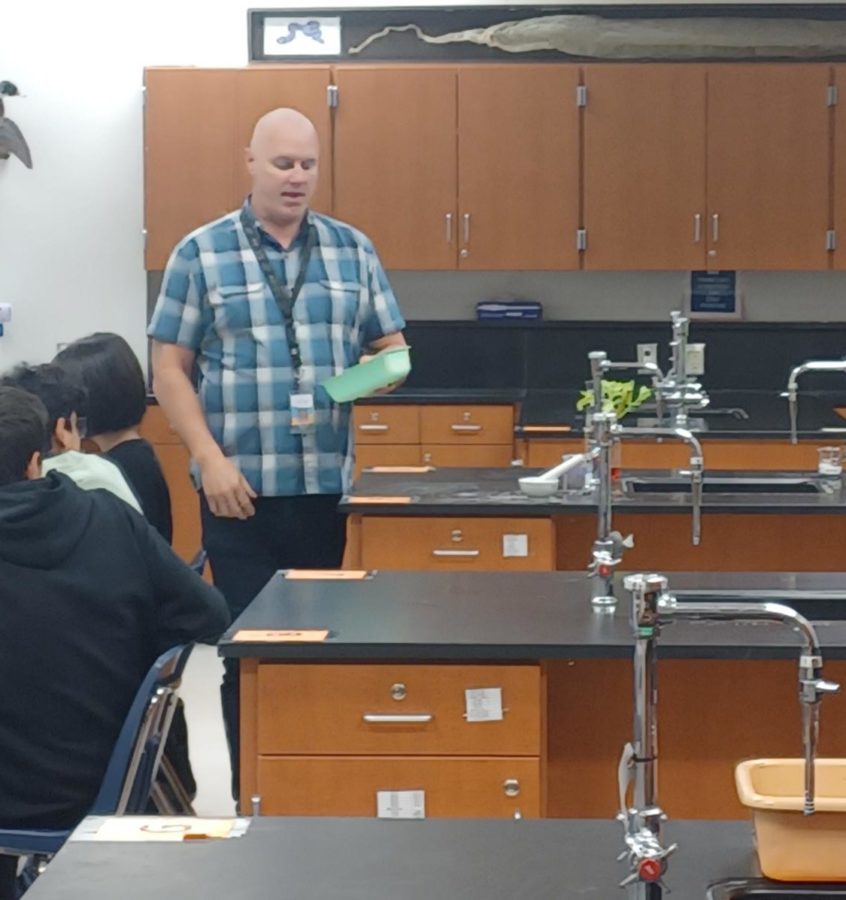 Previously serving as a police officer in Florida and with eight years of teaching experience, biology teacher Brandon Orr joins the science department after being told of CHS from a current colleague, Ian Goozh, a chemistry teacher.

On the staff list, it says you are a physics teacher, did you teach physics before becoming a biology teacher?

No, I don’t even teach physics. I haven’t ever taught physics. It’s a misprint by somebody and I told him to leave it because I thought it was funny. I’ve taught biology for all eight years. I’ve [also] taught things like anatomy, oceanography and geosystems.

My wife is a teacher, so I decided to become a teacher to spend more time with students, impacting students.

What should people who haven’t had you as a teacher know?

I used to own a 10 foot snake—it used to be in my classroom until the principal told me not to keep it here and I couldn’t have it anymore. Nessie was its name, named after the Loch Ness Monster. She was a wonderful snake, but she’s gone on tour. I sold her to a guy that does birthday parties and so he goes around and little kids get to hold her. If you go up to my room you’ll see up on the top one of her sheds. It’s pretty impressive.

Do you look up to anybody or have you been inspired to reach where you are now?

I’m inspired by a lot of people. I read a lot of biographies and I follow a lot of people because of that. The latest person that I’ve read about was Will Smith and I think he’s fascinating. If you read his book, it’s called “Will”. He didn’t stand up for his mom when she was being abused by his dad, and so he views himself as a coward even though we all see him in these superhero movies where he’s magnificent, saving the world or whatever.