The school’s cultural scene has been anything but static over decades of structural and academic change. After some deliberation, representatives of the original incoming classes decided that the school’s colors would be orange, white and brown and that the sports teams would be known as the Crusaders.

It was not until just before the academic year started that backlash from the rest of the students prompted a special vote by the Fairfax County School Board and the school accordingly adopted its current colors and mascot. Since then, students have showcased their school pride by organizing dances, staging “Celebrate Chantilly” weeks and introducing customs like senior privileges.

I think that tradition of Chantilly being an open environment where everyone is helping each other is crucial for the student body.”

“This year, I’ve gotten the privilege of getting to leave class on Fridays five minutes early,” Rahimzai said. “That has been really cool. I [also] see a lot of people helping underclassmen with work, and I think that tradition of Chantilly being an open environment where everyone is helping each other is crucial for the student body.”

Some school traditions center around athletics, which have been a facet of student life from the start. Boys and girls basketball, soccer and track teams, among others, were formed within a year of the school opening. The teams would go on to win several VHSL championships starting in 1975, with the baseball, girls gymnastics and girls indoor track teams achieving victories on the district and regional levels. Athletes would often participate in events like banquets and Signing Days to celebrate a successful season or declare their intent to play for a certain college—practices that continue today. Somewhere down the line, engaging in game-day festivities like donning themed spiritwear became customary not only for players but for the overall student body, particularly when it came to football.

“Our sports teams were really big, and we had good teams,” Climo said. “My brother [played football], and I remember my whole family saying, ‘Lisa, you’re never watching the games, you’re always out talking.’ I was like, ‘the reason why I go is to see the cute boys.’ It was really big. All of Greenbriar would go, not just the kids.”

The school has also offered other extracurricular opportunities over the years, over 100 of which are running today. While The Purple Tide and Odyssey were printing months into the ‘73-’74 school year, honor societies, academic organizations and fine arts programs were established in the years that followed. These clubs have allowed students to participate in scholastic competitions, embark on educational field trips and more.

“I took Journalism 1 as a sophomore, and then I was also in it junior and senior year,” Murphy said. “The Purple Tide was just winning every single award you could think of for years. One year, The Washington Post was awarding money going to go to college for journalism. I was the only one doing that, so I got the money.”

Some clubs have even affected school activities directly: the first members of CHS’s Student Government Association (SGA) penned the Constitution that guided class leadership through the ‘80s in its original state, and National Art Honor Society seniors paint murals above the downstairs locker commons every year.

“Since Chantilly offers such a wide variety of clubs, from cooking to STEM to service to medicine, students are able to find out what interests them,” SGA member sophomore Anya Agrawal said. “I personally love being able to participate in them because some clubs really give you the opportunity to learn life skills, make connections and gain new experiences.”

The cultural makeup of the student body itself has experienced a significant shift over time. While FCPS is and has been predominantly white, CHS arrived at an Asian majority in the last five years, with roughly 5% and 16% of students being Black and Hispanic/Latino, respectively. However, the school has sanctioned events like International Night and sponsored ethnicity-based clubs since 2000 to better accommodate its increasingly diverse population.

“Whichever corner you go to, you’ll find someone from somewhere that you can relate to or that is unlike you and you can connect with,” Rahimzai said. “A couple of words to describe [the school] are ‘vast’ and ‘very diverse,’ and if you can find your group of people in this vastness, that’s the best way to navigate your four years.” 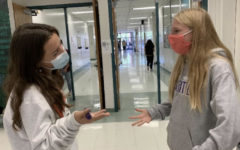 Freshmen look to seniors for advice for new year

As the seconds until Homecoming tick by, the excitement in the air is palpable. Low volumed chatter spreads through the masses, phones are kept handy ... 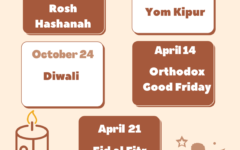