The Pink Tax negatively affects women compared to men from an economical standpoint.

Every year, approximately half of the nation’s population pays over $2,100 just for being who they are: women. Many women across the nation fail to recognize that every time they purchase goods that are designed for women, they pay the Pink Tax that has unfortunately become the norm for decades.

Products targeted toward women often have higher prices compared to those catered to men. When the U.S. government began drafting the sales tax system in the 1930s, non-luxury items like groceries were considered as necessities and were not subject to sales tax. However, feminine products were sold at higher prices because of the high prices placed on the importation of women’s goods, especially feminine hygiene products.

“[Tampons and pads] are necessary and they’re a part of life,” senior Sri Konagalla said. “There’s no way to count them as luxury items because every single person who menstruates needs them.”

To women, these aren’t convenience goods— these are needs for their health. Moreover, according to Fordham University, low-income neighborhoods struggle to purchase menstruation products and the Pink Tax further aggravates their problem. Women in these communities must figure out whether to purchase food or to buy their hygienic products.

“When women need these things to live and go about their daily life, it’s impractical for the government to call them ‘luxury items,’” sophomore Sruti Kurapati said.

The good news is that more action is being taken to address the calls for change. WHSV reports that the Virginia Senate voted to lift the state tax on menstrual products in 2018. Although some reform has been made, 30 states have yet to take this action, according to research done by Period Equity.

it is also paid for by young girls. Toys such as blocks, scooters and bikes are still impacted. According to Listen Money Matters, the price of a girl’s helmet is 13% higher than that of a boy’s helmet. The only difference? It was pink instead of blue. The price of helmets and other toys shouldn’t be increased simply because of the color and its intended audience.

The Pink Tax applies to almost every gender-specific product available on the market, including shampoo, razors, lotion, deodorant and more. These items are still being taxed in Virginia. Even though there are little to no differences in the formula and creation of these goods, women are still forced to pay a higher price. For example, women’s shampoo costs an appalling 48% more than men’s shampoo, and women’s razors and lotions cost 11% more in price.

To add on to this problem, the gender pay gap, the difference in income between men and women, furthers the problem of the Pink Tax. For every $1 a man makes, a woman only makes $0.82; how are women supposed to pay for overpriced goods and necessities when they get paid less? Furthermore, according to Bankrate, Black women earn 62 cents and Hispanic women make 54 cents for every $1 a white man makes.

“Women already make a lower income which should be changed,” sophomore Sarayu Pulipati said. “But we can make a small difference that leads to progressive change by eliminating the Pink Tax.”

For decades, women have faced discrimination in many environments: school, work, sports and even in the grocery and retail stores. It is imperative to bring attention to this issue as women across the nation are unknowingly subjected to the Pink Tax, yet it severely impacts them. To avoid the Pink Tax, people should buy gender-neutral products, communicate with their state representatives and support businesses that are against the Pink Tax.

“Women need to pay extra money for essential goods while men do not have to deal with some of the processes that women go through,” Pulipati said. “If we desire a progressive society, it is important to eliminate discriminatory acts towards women.” 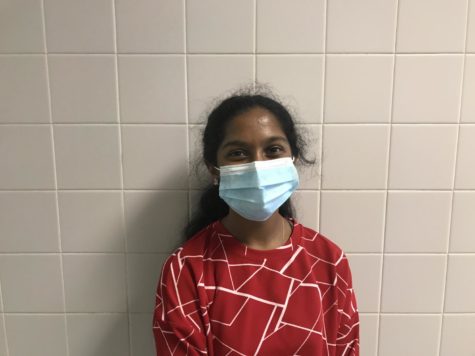 Nithya is a junior and this is her second year on the Purple Tide. She is heavily involved in Debate, Red Cross and the Writing Center. Outside of school,...