All bodies are different. A person’s worth should be determined by themselves as a human, not by their physical appearance. (Cassie Barnes)

All bodies are different. A person’s worth should be determined by themselves as a human, not by their physical appearance.

All bodies need to be normalized

Everyone lives inside a body. They move, laugh and feel emotions within their bodies, yet the thought of a bigger one is highly controversial.

Started in the 1960s by fat, queer and disabled women of color, the body positivity movement has been a long-time trend for accepting all bodies. At its core, the movement is about one thing only: loving one’s own body, no matter how big or small.

“Self-confidence is so important,” choir teacher Evan Ayars said. “It shouldn’t matter what size you are, as long as you are doing what you think is best for your body.”

One of the reasons why fat bodies are so stigmatized is because of discrimination within healthcare. Overweight people go to the doctor’s office and are often told that losing weight will heal all of their symptoms. However, this shame-inducing cycle only leads to fewer doctor visits and more health problems than before, both physical and mental, as the true cause of their pain is disregarded. Being considered unhealthy should not be used as an excuse for disrespect.

“It is good to accept the fact that our bodies are always changing,” Ayars said. “Everyone has good days and bad days [regarding their weight]. It’s important to remember that tomorrow is a new day.”

On her Instagram, TikTok and Twitter accounts, fat activist Victoria Abraham advocates for accepting different bodies, especially bigger ones. Her posts and tweets reveal the harmful messages that society uses to shame bigger bodies, stemming from issues such as dieting culture.

Additionally, the issues of fat people are often overshadowed by the voices of thinner people who push for the acceptance of “all bodies” rather than bigger bodies. This is shown through TikToks of skinnier people contorting their bodies to force rolls onto their backs and stomachs; each video is constantly labeled as “body positivity,” when really, it’s people trying to take over a movement that was not meant for them.

“Social media silences fat people a lot,” sophomore Alexa MacCormack said. “Some non-fat people have done a great job of lifting up fat voices and supporting the movement while others have taken away the spotlight from [fat people].”

The point of the body positivity movement is to push for the acceptance of bigger bodies. People excusing their fatphobia as “caring for others” is not needed. Skinny people excusing their fatphobia as “a product of being skinny-shamed” is not helpful, and comments on one’s weight are useless. What people really need is love and support, not shame.

“I personally don’t think anyone should be commenting on anyone’s body,” MacCormack said. “[It does] more bad than good. No one should be told they can’t love their body. People just want to be able to accept their body for what it is: a body.” 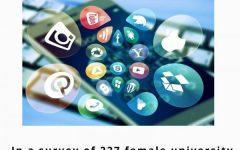 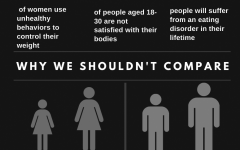 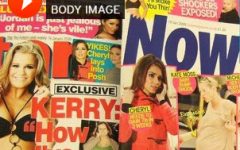